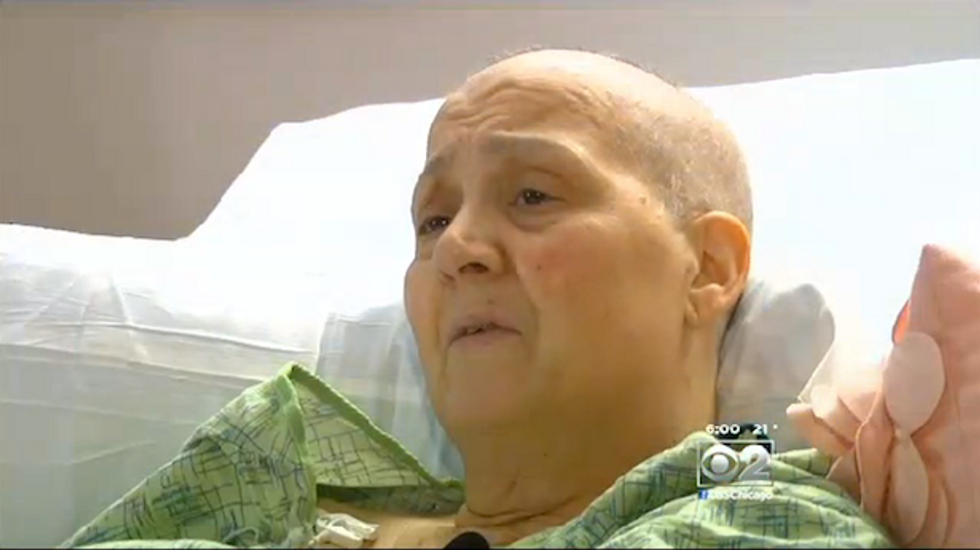 A Chicago woman has sued the employer that fired her hours after she received a cancer diagnosis.

Elisa Madonia said she was diagnosed with stage three esophageal cancer in October, reported WBBM-TV, and her doctors sent property management company S37 letters about her illness and her possible need for significant time off for treatment.

Less than two hours later, Madonia said, her boss called her into the officer and suggested she resign from the job she’d held for four years.

She said the employer offered to pay six months of COBRA if she signed a separation letter but then terminated her.

“Not only I’m being hit with a disease, that I have cancer, now you take my job too away from me?” Madonia said.

Her attorney, Eugene Hollander, said the termination was illegal and asked why the company made no offer to reach an agreement on scheduling while she underwent radiation treatment.

“I think they had an obligation to sit down with Elise and say, ‘Hey, what can we do here? Can you work three days a week? Can you telecommute for some period of time?’ -- instead of the knee jerk reaction of firing her on the spot,” Hollander said.

An attorney for S37 said he had not seen the disability discrimination lawsuit and was unable to comment.

Madonia said she had surgery earlier this month following months of radiation treatment and expects to leave the hospital this week.