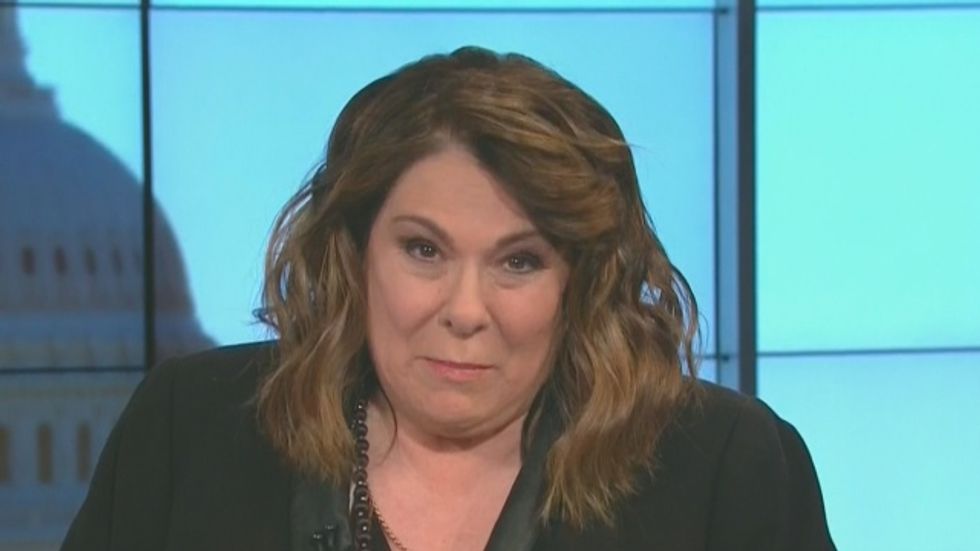 MSNBC broke the news on Saturday that Hoboken Mayor Dawn Zimmer had revealed that the governor's office warned her in May that she would not get $127 million in hurricane relief funds until she approved a project that allowed the Rockefeller Group to receive millions in tax incentives to redevelop parts of Hoboken.

On Sunday, nearly every question CNN's Crowley asked Zimmer seemed to voice the concerns of the governor's office.

"Why are you here now?" Crowley asked. "We have seen you say in a tweet that you're so glad Chris Christie is our governor. So, can you square that for me? Because coming at this point, what the Chris Christie office says, this is just politics."

"It's just hard to put those two things together," the CNN host later pressed.

Then Crowley admitted that she had gotten talking points from Christie's office.

"They said, when you look across the state of New Jersey, all of these places were hurting and needed more money at that point," she explained. "That $70 million out of a $300 million pot at that point is pretty good, it's almost a third of the funds."

Zimmer chuckled as she pointed out that Christie was "taking credit" for $70 million in flood insurance that residence had paid for.

"There is a part of me that says, this takes place in politics a lot," Crowley concluded. "I mean, to the winner go the spoils. I mean, people go, you gotta go with the governor on this because it makes it really hard to do this, etc."

"What I thought was, this was a threat," Zimmer insisted. "I know from my perspective, it was not fair and it felt like a threat."