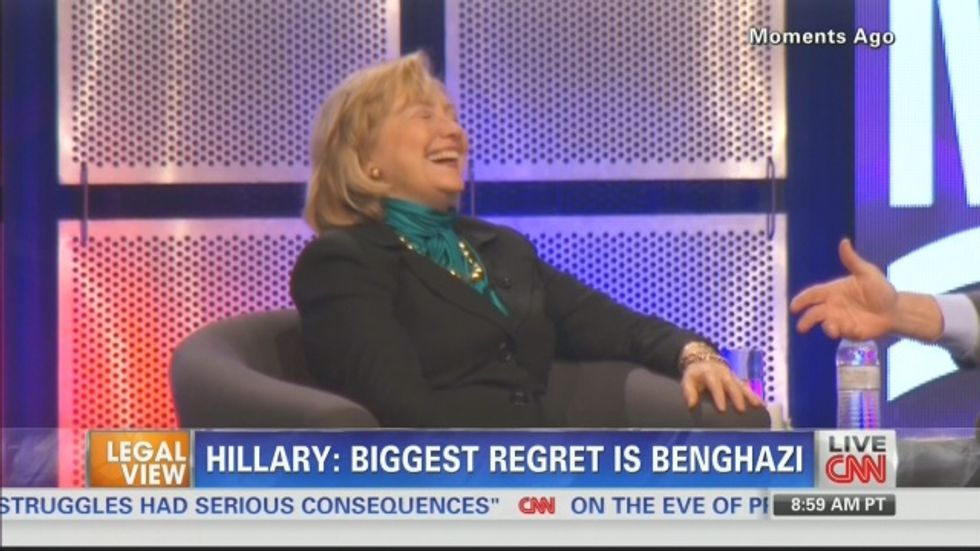 CNN apologized on Monday after a video edit made it appear that former Secretary of State Hillary Clinton was laughing about the Americans who died in Benghazi.

Speaking at the National Automobile Dealers Association, Clinton said that the deaths of Americans during the 2012 terrorist attack in Benghazi were her "biggest regret" while serving as secretary of state.

But that statement was immediately followed by laughter from Clinton while the words "Hillary: Biggest Regret Is Benghazi" remained on the screen.

It was not immediately clear from the editing that CNN had transitioned into a second portion of the question-and-answer session about the 2016 presidential race.

"Alright, I want to be real clear here," Banfield said. "Those were two separate sound bites that we tried to get to as quickly as possible. We call them tape turns. One of them was about Benghazi and another -- that was completely separate at a different time -- was about her thoughts about 2016."