Congressman: Sometime in this decade the U.S. will tax and regulate marijuana 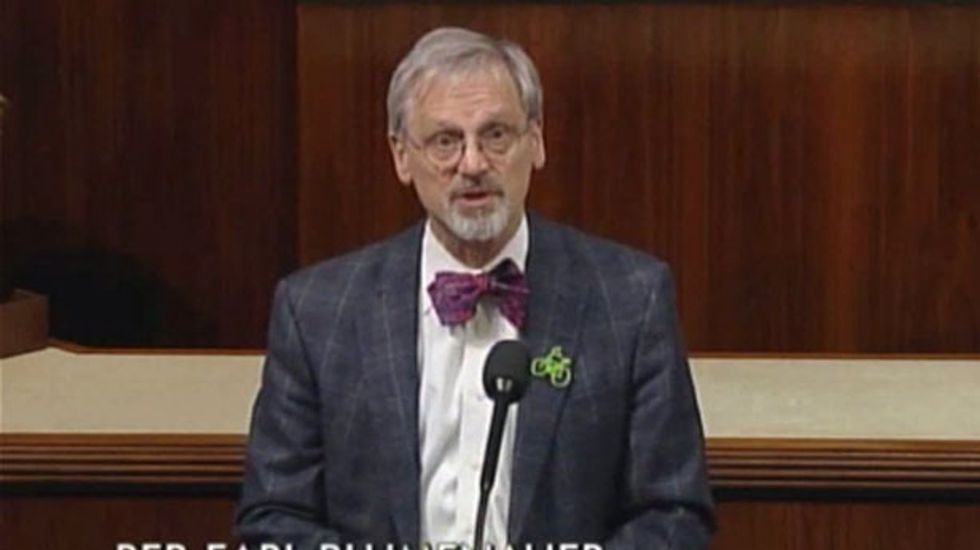 Rep. Earl Blumenauer (D-OR) on Tuesday called for Congress to overhaul U.S. drug policy, but doubted lawmakers yet had the courage to end the federal government's "hypocrisy and irrationality."

"For three-quarters of a century, the United States has waged a futile attempt to prohibit marijuana based upon emotion and flawed science," he said on the House floor.

"Since 1971, the Federal Government has classified marijuana as a Schedule 1 prohibited substance, like heroin, more dangerous, according to the law, than cocaine or meth. It declared in statute, contrary to proven research, that marijuana has no therapeutic value."

"Every day a million authorized users of medical marijuana reject that notion by using it by doctor's prescription to relieve symptoms like intense nausea due to chemotherapy, relief for veterans with PTSD, from chronic back pain, and neurological disorders like multiple sclerosis."

The congressman also said marijuana was less harmful than alcohol or tobacco, and that drug prohibition funneled money to violent cartels.

"Our federal laws are frozen in time, but the American public has moved on," Blumenauer said. "Majorities now say it should be legal, and even more say the federal government should not interfere with whatever state laws are in place."

"It will be a while before Congress summons the courage to end the hypocrisy and irrationality of the futile federal prohibition, but it should stop making things worse," he continued. "For instance, it is insane to force hundreds of legal marijuana businesses to be all cash. We should end the grotesque punitive federal taxation for these legal small businesses."

The congressman called for Congress to explicitly allow state-approved medical marijuana along with industrial hemp.

"Several dozen members have cosponsored bipartisan legislation to help bring us out of these dark ages. These should be approved without delay. Sometime in this decade we will tax and regulate marijuana. Until we end the unfair discriminatory and costly federal prohibition, we should at least end the most foolish and counterproductive policies," he concluded.

Watch his speech below.