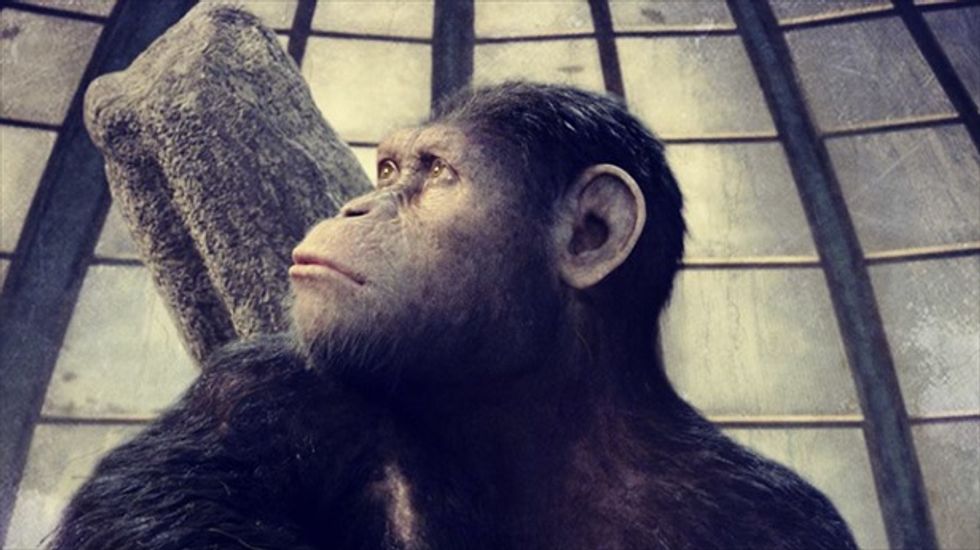 Breakthrough could help battle diseases such as Alzheimer's and Parkinson's, but ethical concerns remain over animal testing

Researchers have created genetically modified monkeys with a revolutionary new procedure that enables scientists to cut and paste DNA in living organisms.

The macaques are the first primates to have their genetic makeup altered with the powerful technology which many scientists believe will lead to a new era of genetic medicine.

The feat was applauded by some researchers who said it would help them to recreate devastating human diseases in monkeys, such as Alzheimer's and Parkinson's. The ability to alter DNA with such precision is already being investigated as a way to make people resistant to HIV.

But the breakthrough is controversial, with groups opposed to animal testing warning that it could drive a rise in the use of monkeys in research. One critic said that genetic engineering gave researchers "almost limitless power to create sick animals".

The work was carried out in a lab in China, where scientists said they had used a genome editing procedure, called Crispr/Cas9, to manipulate two genes in fertilised monkey eggs before transferring them to surrogate mothers.

The Crispr procedure has been welcomed by geneticists in labs around the world because of its enormous potential. Unlike standard gene therapy, Crispr allows scientists to remove faulty genes from cells, or replace them with healthy ones. It can even correct single letter spelling mistakes in the DNA code.

The Chinese team, led by Jiahao Sha, said their work demonstrates how Crispr could be used to create monkeys that carry genetic faults that lead to diseases in humans. But the same could be done to small pieces of human organs grown in the lab, and used to test drugs, or to monitor the progress of serious diseases.

Nelson Freimer, director of the centre for neurobehavioural genetics at the University of California in Los Angeles, said that while researchers often use mice to study human diseases, brain disorders are particularly hard to recreate in the animals because their brains are so different.

"People have been looking for primate models for a whole list of diseases, but in the past it's been either completely unfeasible, or incredibly expensive. This is saying we can do this relatively inexpensively and quickly, and that is a major advance," said Freimer.

But Freimer added that the use of monkeys was likely to remain a last resort. "It's going to be really critical to define the problems for which this is used, just as you always do with animal research. You want to use all the alternatives before you propose animal research. This will be reserved for terrible diseases for which it offers hope that cannot be gotten any other way," he said.

Tipu Aziz, who has used primates in his work on Parkinson's disease at Oxford University, welcomed the new procedure. "If we can identify genes for neurological disorders in a clinical setting and transpose those into a monkey it would be of massive benefit. I don't know that it'll lead to a rise in the use of monkeys, but it will lead to more focused studies," he said.

Robin Lovell-Badge, head of genetics at the MRC's National Institute for Medical Research in London, said that genetically modified monkeys could be valuable to check new therapies before they are tried in humans. "Mice are fantastic models for some aspects of human physiology, but they are not always perfect, and it's good to have alternatives," he said. "If you are trying to develop a stem cell therapy and want to graft cells back into the brain, it's difficult to know how it will work in a complex brain, and mice or rats are not suitable." With Crispr, scientists could perform far more subtle genetic tweaks than is possible with other methods, he added.

George Church, professor of genetics at Harvard University, has co-founded a company, Editas Medicine, that aims to use Crispr to treat a number of human diseases. While monkeys had a role to play, he said another approach was to grow human "organoids" or small clumps of human organ tissue in the lab, and use Crispr to give them genetic faults that cause disease. "This is a really big moment, because if you think something has a genetic component, you can prove it with Crispr, and then improve it with Crispr, or other therapies," he said.

One idea in trials already uses genome editing to remove a gene called CCR5 from human immune cells. Without the gene, the HIV virus cannot get into immune cells, so patients could be cured of the disease. In future, the same procedure could be used on healthy people at risk of the disease to make them resistant to infection.

Vicky Robinson, chief executive of National Centre for the Replacement, Refinement and Reduction of Animals in Research (NC3Rs), said: "This research could drive an increase in the use of non-human primates worldwide. Whether that would be justified in terms of the benefits to scientific and medical research, let alone the ethical considerations, is open to debate. Just because the monkey has greater similarity to man than other animal species does not guarantee that it will be a better surrogate for studying human disease, a point that decision makers – funders and regulators – should take seriously."

Troy Seidle, director of research and toxicology at Humane Society International, called for an outright ban on the genetic manipulation of monkeys. "You can't genetically manipulate a highly sentient non-human primate without compromising its welfare, perhaps significantly. GM primates will be just as intelligent, just as sensitive to physical and psychological suffering as their non-GM counterparts, and our moral responsibility toward them is no less. In fact, the scope for animal suffering is increased because genetic engineering gives researchers almost limitless power to create sick animals with potentially devastating and disabling symptoms, which can include entirely unexpected phenotypic mutations. It's also worth noting that this research is being pioneered in China, where there are currently no laws or enforced ethical controls on animal experiments."

Dr Andrew Bennett, a scientist with the Fund for the Replacement of Animals in Medical Experiments (Frame), added: "Whilst the technological advances in genetic engineering are to be both applauded and admired, their subsequent use to produce genetically modified monkeys is questionable at best. Frame would call for more funding to be used to produce model systems based on human tissues and cells rather than try to develop more sophisticated laboratory animal species. If you're working on human disease, then it is necessary to use human-derived material to predict human responses."

[Image via "Dawn of the Planet of the Apes" Facebook page]