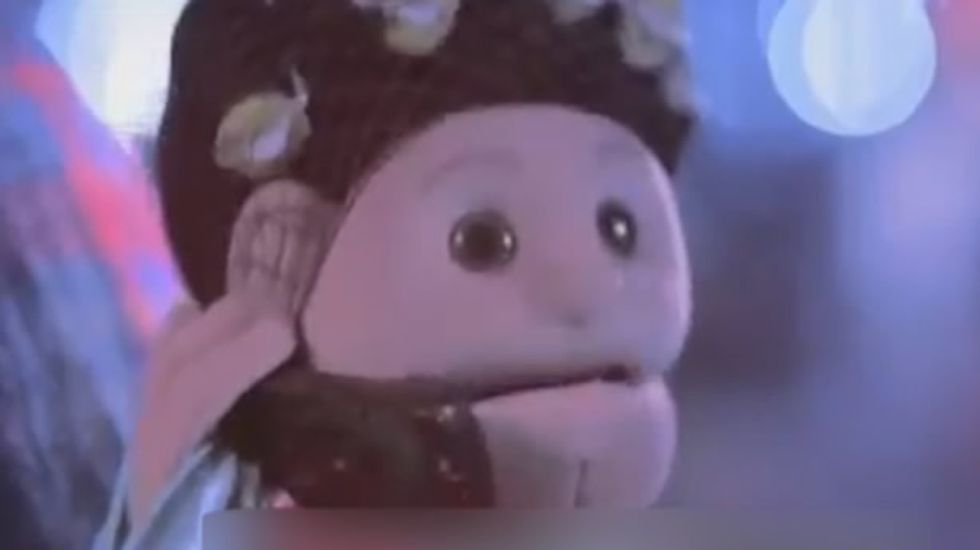 Vodafone Egypt says the advert, featuring the puppet Abla (Aunt) Fahita, is merely a marketing tool and has no hidden message or meaning.

The case stems from claims by a political activist who calls himself Ahmed Spider that next week's Coptic "Christmas day will be a bitter day because of explosions (planned) by anarchists with the help of (ousted president Mohamed) Morsi's supporters."

Copts, who make up the majority of Christians in Egypt, celebrate Christmas on January 7.

In his remarks to private television channel Tahrir, Spider said the four branches of a cactus used as a Christmas tree in the advert symbolise the four-finger Islamist salute used by ousted president Mohamed Morsi's supporters.

Spider, an avid supporter of ousted president Hosni Mubarak, also said an ornamental ball dangling from the tree represents a bomb, while stuffed turkey breasts spoken of in the commercial symbolise "car bombs."

"Our marketing director went with our lawyer to the prosecution," Noha Saad, head of Vodafone's public relations told AFP on Thursday.

"The prosecution heard their statements in response to the complaint filed by Ahmed Spider. There were no accusations by the prosecution. They are in the phase of gathering information."

Speaking on another show broadcast by private television channel CBC, Spider also accused "British intelligence services" of being behind it all.

And addressing Abla Fahita, he repeatedly threatened to send her behind bars after she poked fun at him.

"I will jail you or I will leave the country," he said.

The advert is for an offer under which Vodafone customers can re-activate their old SIM cards.

A company statement said "any other explanations are pure fiction and personal opinions of some viewers and Vodafone is not liable for the personal attitudes and interpretations that are far from reality."

The Big Pharaoh, an anonymous blogger, tweeted "Ministry of Interior announced that they recorded phone calls between Abla Fahita and Kermit the frog. US conspiracy!"

The latest controversy highlights the tense atmosphere prevailing in Egypt since the military ousted Morsi in July, following mass protests calling him to step down.

It also comes amid a volatile security situation, with Egypt shaken by nearly daily militant attacks on security forces in the restive Sinai peninsula and an ongoing crackdown on Morsi's supporters.

More than 1,000 people have been killed in the crackdown and thousands more arrested.

Last week, authorities declared the Muslim Brotherhood to which Morsi belongs as a "terrorist" organisation, after accusing it of a suicide bombing north of Cairo that killed 15 people.

The Brotherhood has denied the accusation, and the bombing was claimed by an Al-Qaeda-inspired group claimed responsibility for it.

Video of Fahita's response can be found below.

The United States Supreme Court on Thursday denied a religious liberty challenge to New York health care workers who were fighting against the state's vaccine mandate -- but not without a dissent from Supreme Court Justice Clarence Thomas that claimed COVID-19 vaccines were developed using "aborted children."

In the dissent, which was flagged by Slate's Mark Joseph Stern, Thomas argued that health care workers had legitimate objections to using the vaccines, which he said "were developed using cell lines derived from aborted children."