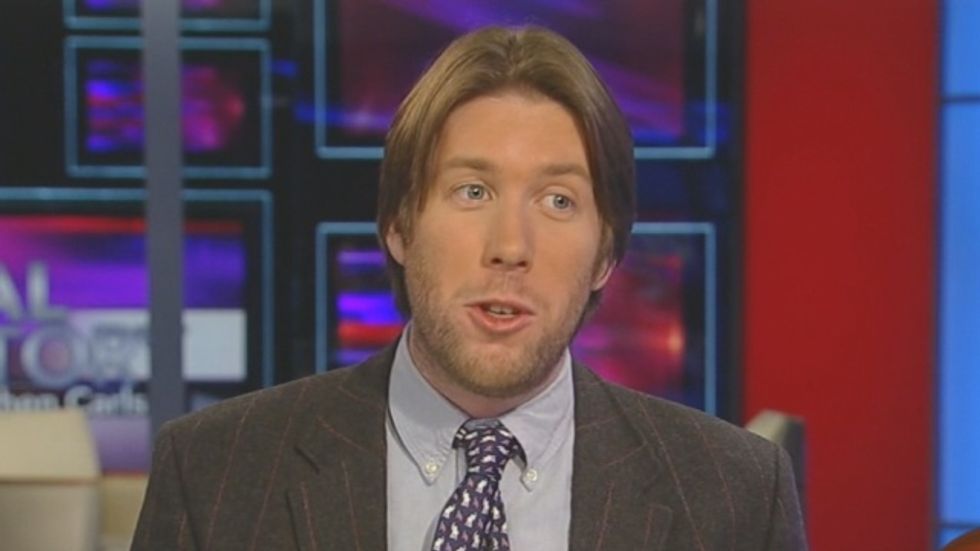 Conservative National Review writer Charles Cooke told Fox News on Thursday that criminals should not be able to assist people using the government's website to buy health insurance, but they should be allowed to own guns.

During a "breaking news" segment about new dropping public support for President Barack Obama's health care reform law, Fox News host Gretchen Carlson pointed out that the National Review had a new report that was going to "scare some folks."

According to the report, "convicted criminals" have been hired as Obamacare navigators in California, "including three individuals with records of significant financial crimes."

"I should just say at the outset that I think as a rule, I do think sometimes we do over-punish people for crimes they've committed in the past," Cooke opined. "We take away their vote, we take away their guns, and we can sometimes ruin their lives for too long."

"But this is an issue where privacy is of paramount importance," he continued. "There's a lot of personal information and financial information that is being pushed through the system. And some of the people who are working in the system really have some developed skills of fraud and corruption."

Dana Howard, the spokesperson for Covered California, told National Review that the employees had not been disqualified from the Navigator program because their records had been clean for an extended period of time.

"People make mistakes," Howard said. "They paid their debt to society. They rehabilitated themselves. And so they apply, and they meet the qualifications. We do not see them as a threat."