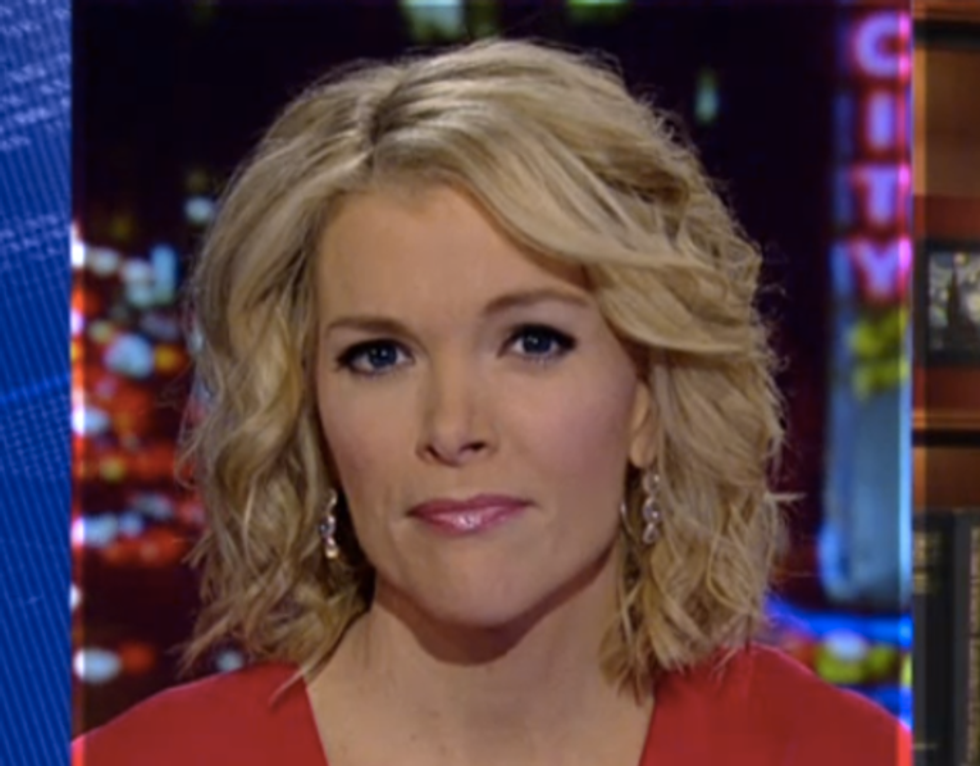 In a Thursday night segment on her Fox News program, Megyn Kelly said that liberals are against conservative marriages. The remarks came about in a discussion with an interracial couple as Fox sought to capitalize on a poorly-thought-out tweet by an MSNBC staffer.

Kelly welcomed an interracial couple as guests, African-American conservative Nicholas Bailey and his wife Krystal, who is white.

"This is what the Left does. They essentially call half of America racist, and then expect not to be called on it. We stood up as Americans and said that we’re not racist. And as far as the apology, I feel like that was MSNBC just saving face," Bailey said.

"If a hand has gangrene and you just cut off the pinkie," he continued, "that hand still has gangrene."

"Do you feel as a conservative black man that that is not an acceptable position to many on the left?" Kelly asked.

"Well, yeah, I mean, that's a big thing," Bailey replied. "The left, they pride themselves on having a voting bloc of blacks and they think that all blacks are supposed to groupthink."

"Many on the left pride themselves on being accepting of many, many things," Kelly said to Krystal Bailey, "of people who are different, of people who make different lifestyle choices, certainly of interracial marriage...but, interracial marriage where one person happens to be conservatives? Or just conservatives in general? You know, there is a question about whether the left is tolerant of that. What's your thought?"

"Um, yeah," Krystal Bailey replied. "Definitely. Their tolerance does come into question. I think they maybe thought with the tweet that it was something that could be swept under the rug, that nobody would notice it, that it wouldn't offend people? But we were definitely offended."