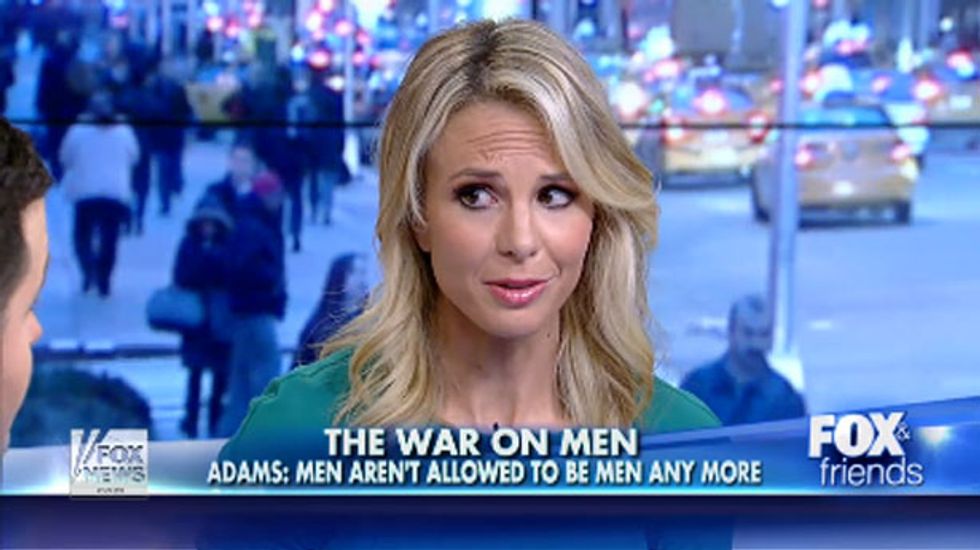 Men are being oppressed by women, and it is now a threat to the national security of the United States, according to a conservative author who appeared Thursday morning on Fox & Friends.

In his new book, Australian author Nick Adams alleges that "male culture" and men themselves have been systematically "called in to question" by the government and feminists.

He told Fox News hosts Elisabeth Hasselbeck and Clayton Morris that men were on the decline around the world. "Even in Australia, we've gone from wrestling with crocodiles to wrestling with lattes," he lamented.

Adams claimed that the feminist movement had delivered "angry women and feminine men." He said women attacked men because they falsely believed that men prevented them from obtaining their goals.

"It's a very hard time to be a man in today's society," he remarked.

Things have gotten so bad that men now feel uncomfortable making their own decisions, Adams alleged.

"Do you see this affecting national security? How a nation operates in terms of being a strong presence globally?" Hasselbeck wondered.

"Absolutely, without a doubt," Adams replied. "I think it has wide-ranging implications. Weeps and wussies deliver mediocrity. And men win. And what America’s always been about is winning. So I think it’s pivotal to the health of the country."