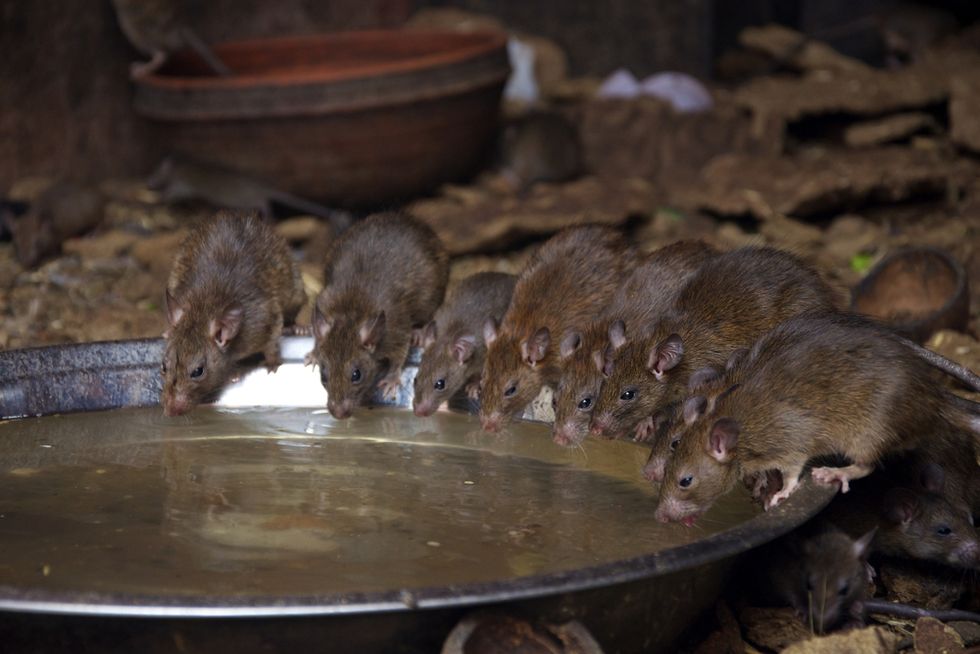 A Russian ship that has been adrift for nearly a year in the North Atlantic is on a trajectory that could cause it to run aground in Ireland, Scotland or the Devon coast.

British newspaper The Independent reported that decommissioned Russian cruise ship Lyubov Orlova could be infested with diseased, cannibalistic rats that have turned to eating each other to survive.

The Soviet-era vessel was being towed from Newfoundland, Canada to the Dominican Republic when its tow-line snapped in a storm and the craft went adrift. Canadian maritime officials tracked the vessel, but only until they were certain the ship "no longer pose[d] a threat to the safety of [Canadian] offshore oil installations, their personnel or the marine environment."

Since then, the only clues to its whereabouts have been the occasional automatic beacons that sound when one of the ship's lifeboats hits the water. On March 12 and 23 of 2013, two lifeboat beacons sounded from locations that indicated the ship had traveled about two thirds of the way across the North Atlantic.

Not all of the lifeboats have signaled, the strongest indication that the ship is still afloat. Salvagers would like to corral the ship and redeem the metal in her hull for its estimated worth of more than $700,000.

Pim de Rhoodes, a Belgian salvage hunter, told U.K. paper The Sun, "She is floating around out there somewhere."

Rhoodes hopes to salvage the vessel for scrap, but there are precautions to be taken when boarding a ship that has been drifting, empty for so long.

“There will be a lot of rats and they eat each other," he said. "If I get aboard I'll have to lace everywhere with poison.”

The Plymouth Herald reported that the ship's estimated course could cause it to run aground on any of Britain's western shores, including Cornwall, Devon, Ireland or Scotland.

The British Maritime and Coastguard Agency (MCA) said that it believes the Lyubov Orlova to be long since sunk. Should it approach the U.K., however, it will not take the nation by surprise.

"The MCA has received no sightings of the former Soviet cruise ship Lyubov Orlova since April last year and there is no evidence to suggest it is still afloat," said a spokesperson.

He added, "Any 'ghost' ship entering European waters is highly likely to be reported due to the large number of vessels passing through the area. We would then act accordingly."