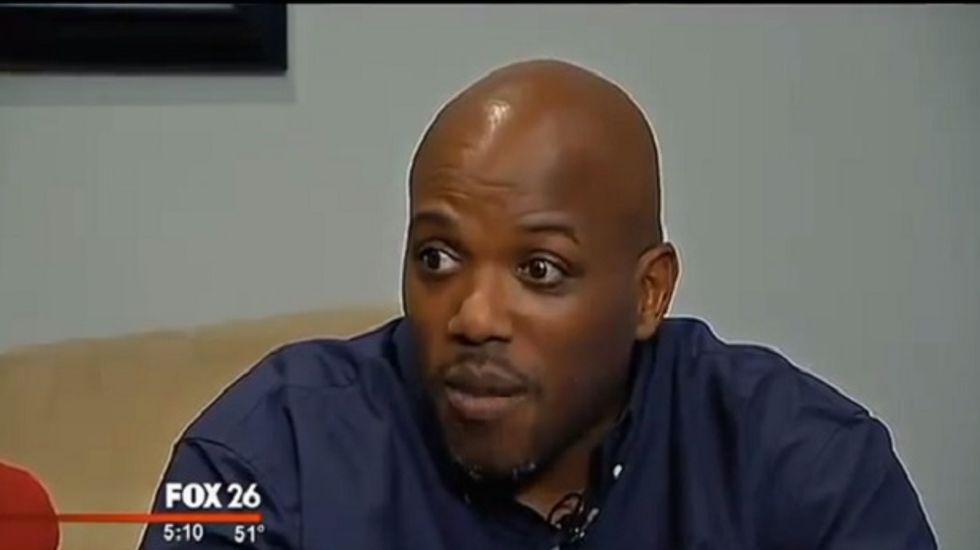 A Houston-area man expects to turn himself in to the Harris County jail in a few days after receiving a six-month sentence for failing to pay his child support ... which appears to be completely paid up.

Hall claims that his child support payments had been modified in court without his knowledge, and that he quickly made up the $3000 difference before his court appearance in November. While he's been an active participant in his 11-year-old son's life, the court cited him for violating his visitation requirements -- another condition he says had been changed earlier without notice.

His ex-wife had been pressing for an additional $3000 in attorney's fees.

The story itself neither names Hall's ex-wife, nor her attorney. A call to Quanell X, a minister in the New Black Panther Party who has been pressing Hall's case, hasn't yet been returned.

Family court Judge Lisa Millard told Fox 26 that she found Hall in contempt after he walked out of the courtroom when she pronounced him in violation, which she says is a big no-no and may have contributed to the sentencing.

Watch a report on Hall's case below.