How American youth fell out of love with car culture 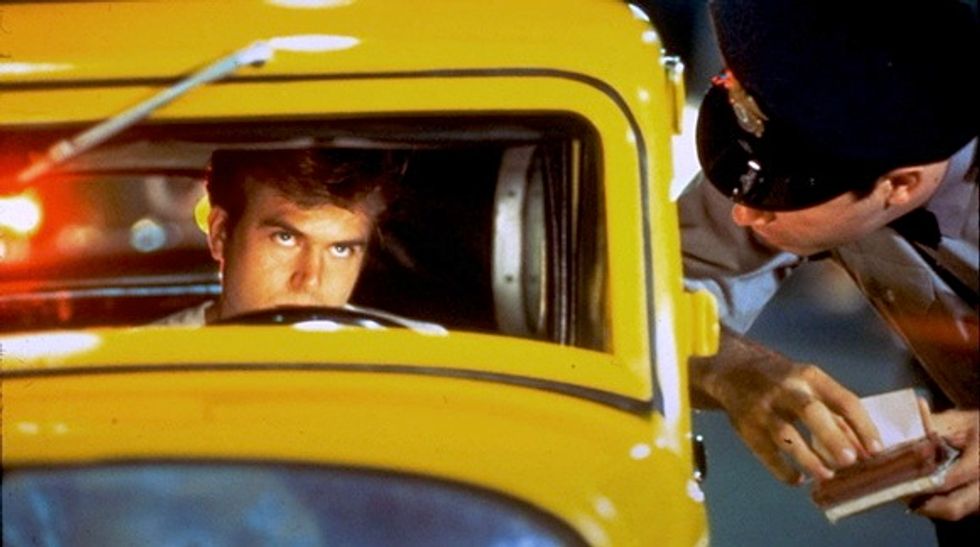 The under-35s are driving less and less, a problem that America's automobile industry is desperate to find a solution to

As the world's car industry leaders head to the gargantuan Detroit annual motor show this week, many of them will be in the most upbeat mood for years. Sales are back, the car companies are all making profits. But having weathered the worst recession in living memory a big black cloud still hangs above – young people aren't buying.

Car and youth culture synched gears decisively in 1955. That was when James Dean played chicken in a black Ford Super De Luxe in Rebel Without a Cause. But more recently the love affair between youth and wheels seems to have broken.

New car purchases by those aged 18-34 dropped by 30% in the US between 2007 and 2012, according to the car shopping website Edmunds.com. Many American under-35s are now not even getting their licence. Given that so called "millennials" – those born between 1983 and 2000 – are now the largest generation in the US, the trend is worrying car firms.

Meanwhile the number of miles driven by Americans each year has also started to drop –they now drive fewer miles per capita than at the end of Bill Clinton's first term, according to a report released last year by US PIRG Education Fund. And the age group showing the biggest decline? Those aged 16 to 34, who drove 23% fewer miles on average in 2009 than in 2001.

There are two main, and not necessarily mutually exclusive theories, for why America's millennials are eschewing cars, said Tom Libby, lead analyst for IHS Automotive. "One theory is that millennials have lost interest in cars in general. They live more of their lives online and just don't have the same innate interest in car ownership," he said. "Secondly, the economy has held them back and they'll return once it picks up enough."

Money worries are perhaps the most obvious answer. The recession hit the young harder than most. The unemployment rate fell to a five-year low of 7% last year – and has dropped further since – but for those age 16-19 it was still over 20%. Those with jobs are often underemployed and credit has been harder to come by. The recession undoubtedly also took away the ability of many parents to fund a car for their kids.

But Libby said the percentage of young car buyers has continued to decline even as the recession has ebbed away. And studies show the declining interest in cars among the young pre-dates the recession. "Frankly there isn't enough data yet to support either theory," he said.

Whatever the cause or causes, the car industry has a lot of courting to do. Recent studies by Michael Sivak and Brandon Schoettle of the Transportation Research Institute at the University of Michigan have shown that fewer young people in the US are even bothering to get their driving licences, let alone buy cars. The pair found the percentage of licensed drivers aged 40 and over remained steady between 1983 and 2008 but fell for every younger age group.

Last year no car companies made the top 25 list of favourite brands among millennials compiled by the research firm Vision Critical, and Toyota was alone in cracking the top 10 of Interbrand's most valuable brands last year. It placed 10th.

Sivak and Schoettle conducted a survey of US non-drivers under 40 last year to work out why they were not applying for licences. The main reason was that they were too busy or did not have enough time. Expense was the second most commonly cited reason. The third was that others could drive them around, followed by a preference for cycling, walking or public transport.

Sivak found a significant relationship between higher online activity and reduced rates of licensing for younger adults. Another PIRG study linked falls in driving to the use of social media and apps for public transport, car sharing and trip planning via bike or walking. But communicating and/or doing business online was only the seventh reason cited for not doing the driving test in the survey – perhaps a good sign for car firms: Facebook hasn't really replaced face-to-face meetings. The majority, 69%, said they expected to get a licence in the next five years. More worryingly for the car firms, 22% said they planned never to obtain a driving licence.

Sarah (not her real name) is currently studying law in Massachusetts. She said she would rather remain anonymous because she feared older potential employers might judge her for not having a driving licence. But among her peers in their early 20s she said, it was not an issue. "About half of my friends from high school still don't drive, so it's fairly normal in that group. I've never encountered anybody in my age group that was negative about the fact that I don't drive – sometimes people are surprised; in general they don't care."

"My parents would like me to get my licence, but they leave me alone about it. It has never come up with potential employers – I specifically try to make sure it doesn't come up in work environments because I don't think it makes me seem like a professional adult," she said.

She said she would "probably" learn to drive if she moved out of the city but the cost was too high and the benefits too low. "But mostly it's that I don't really have the time to learn to drive again, and even if I got my licence I wouldn't want to pay for a parking spot in the city or gas so it would be a bit pointless."

Jesse Toprak, president of the auto analyst Toprak Consulting, said the car firms were pushing hard to attract millennials by linking cars to online technology and improving styling and customisation. Chevrolet offers a mobile app that links to its cars and allows drivers to schedule a service, access the driver's manual and call roadside assistance, among other services. Toyota too has been targeting millennials using its Scion brand to launch cars with more experimental designs and streamlined purchasing options.

This year's car show is likely to see more tech-heavy options aimed at younger drivers. In a move that suggests car firms have decided that if they can't beat them, they should join them, the auto giants were out in force at the Consumer Electronics Show in Las Vegas last week. Ford chose the biggest annual fair for all things tech to debut new in-car apps for finding parking spaces, even for ordering pizza. Audi debuted a tablet designed specifically for cars. But so far car tech has been a disappointment and appears to have done little to attract younger buyers.

"Car culture has just not caught on with this generation," said Toprak. But he thinks ultimately it's just a phase they are going through. When the economic recovery picks up more momentum and millennials start having families, he expects sales will bounce back. A lot of executives in Detroit this week will he hoping he is right.