Illinois bishop: 'Punish' LGBT people like children if they get married 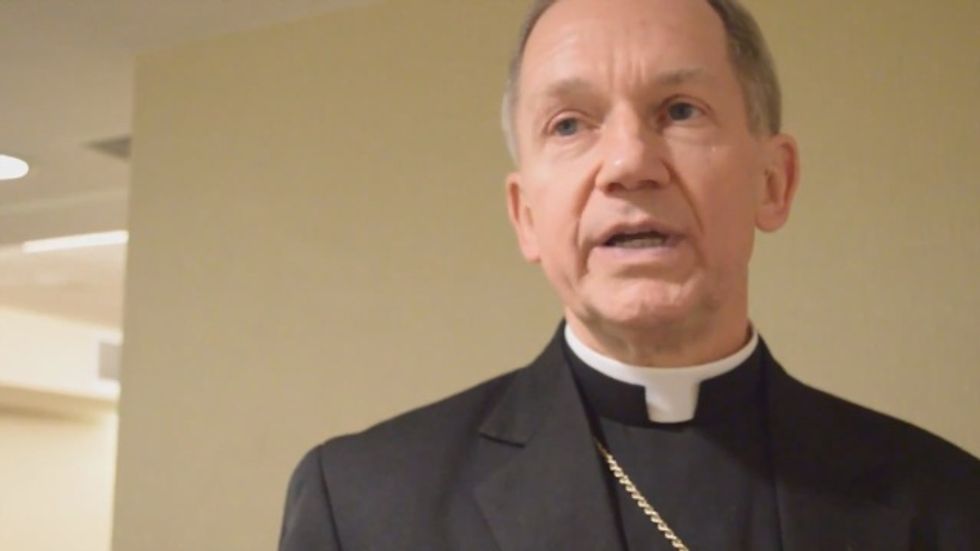 A Catholic bishop who performed an exorcism after the state of Illinois legalized same-sex marriage said last week that he did it because he loved LGBT people and they needed to be punished like children.

Paprocki told Life Site News during last week's March for Life in Washington D.C. that he went through with the exorcism because the church was "under persecution."

"Certainly the redefinition of marriage is an opposition to God's plan for married life," he explained. "So I thought that would be a fitting time to have that prayer, really for praying for God and his power to drive out the Devil from his influence that seems to be pervading our culture."

"To be opposed to the redefinition of marriage and to be opposed to things that are sinful, that's actually a very loving thing," Paprocki continued. "Perhaps it's the permissiveness of our society that people think that if you don't get what you want that you're somehow being hateful, if you don't give them what they want. But sometimes, like any good parent will tell you, that sometimes you have to discipline your child, sometimes you have to say no. And sometimes, you even have to punish."

"And when a parent does those things towards their children, they're actually being very loving by correcting them and showing them the right way to do things."

Paprocki reminded Life Site News that the "redefinition of marriage" came from the "father of lies," and that the media had lied by claiming that children could be nurtured in LGBT homes.

"We are facing a lot of untruths out there," he warned. "We just have to be persistent and courageous and stand up for the truth."