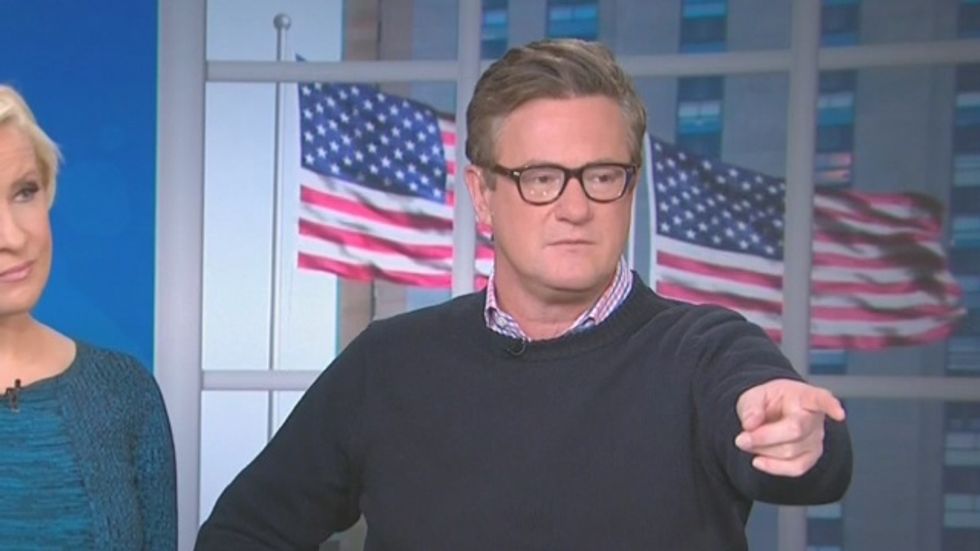 Conservative MSNBC host Joe Scarborough on Monday suggested that possible Democratic presidential candidate Hillary Clinton's ability to attack Republicans for anti-women laws -- like proposed invasive transvaginal probe abortion laws -- had been compromised because her husband had an affair in the 1990s.

Over the weekend, Sen. Rand Paul (R-KY) had said that former President Bill Clinton was partially responsible for the so-called "war on women" because of his affair with Monica Lewinsky. The Kentucky Republican with presidential ambitions asserted that it would be difficult for voters not to blame Hillary Clinton for Bill Clinton's behavior.

Scarborough, who voted to impeach Bill Clinton, on Monday insisted that he would "never bring that stuff up in a gazillion years."

"It was such an ugly chapter in our history," he explained. "It's just like the Iraq War in 2003. There are just some things, we fought those battles. Let's let them go."

"That said," Scarborough continued. "If Hillary Clinton attacks the Republican Party's handling of women and treatment of women and disrespect for women and suggests they're misogynists etc., etc., etc., it does seem to be a fair question to ask right now a few years out, does the media have a responsibility to say, 'Well, let's see what happened when you were in the White House and how women were treated when you were in the governor's mansion and the White House?' Is that fair?"

"Does this not compromise Hillary Clinton's ability to bash Republicans as being terrible towards women, misogynists, etc., etc.?"

MSNBC contributor Mark Halperin agreed that the media had a responsibility to question Hillary Clinton's ability to protect women's rights.

However, MSNBC host Al Sharpton predicted that the strategy would backfire because Republicans would be "saying women are responsible for the behavior of your husband."

"I dare the Republicans to take that to her," Sharpton said. "Because if I'm her, I would dribble, hit the backboard and score a three-pointer from way out. Because she was the wife in this. She was not one I would want to mess with."