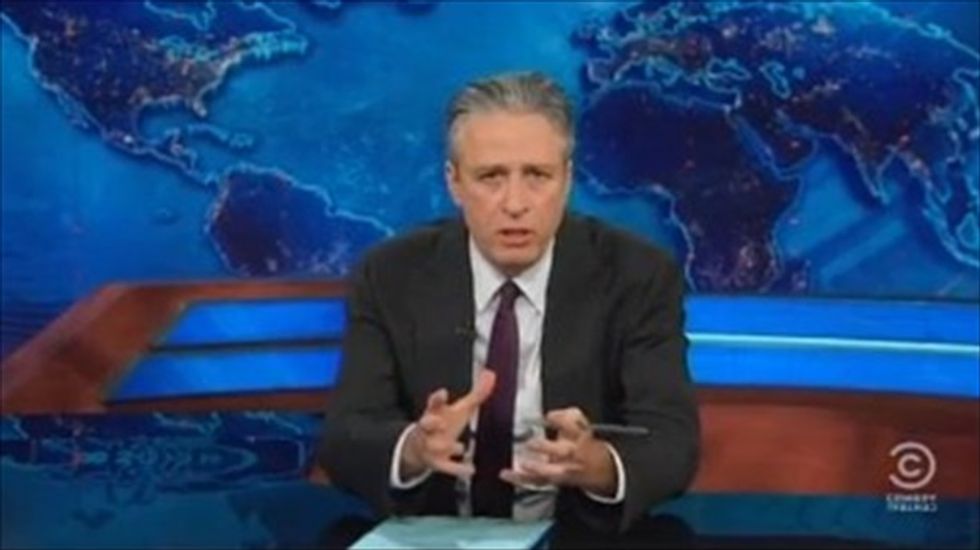 "I can assure you there's nothing frivolous going on here," Bee protested "on location" from the WEF in Davos. "The leaders at the World Economic Forum are laser-focused on making this a fairer and more equal planet."

"That's good, Jon, because that would be insulting," Bee said, at which point she donned a mask and retreated to what looked like a scene from Eyes Wide Shut.

Stewart also castigated Bloomberg and Fox Business for filing on-site reports from the Davos event devoted to gushing over getting free limo rides from hoteliers or the "cheesy Swiss fondue."

"What's with the giddiness?" he asked. "Are you financial journalists, or just excited to be invited to the Money Oscars?"

Meanwhile, Jones couldn't wait to tell Stewart about his misadventures at the Syrian peace talks in Montreux, including a picture of himself with Syrian Foreign Minister Walid Muallem.

"That guy is a madman," Jones bragged, before tensing up. "No, seriously, he's a madman."

Watch Stewart and his team's coverage, as posted online on Thursday, below.