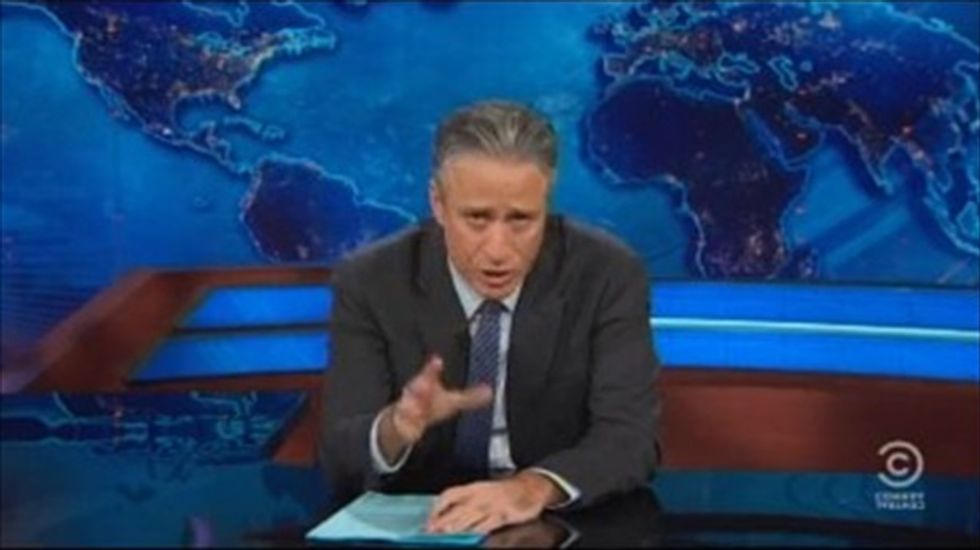 "Oh sh*t," Stewart giggled. "That is some old-school New Jersey corruption: 'Hey, nice city. Be a shame if anything happened to it."

At the same time, Stewart was initially non-plussed by the federal lawsuit brought against former Virginia Gov. Bob McDonnell (R) and his wife, Christine, for allegedly taking thousands of dollars in gifts and other favors from the head of a local dietary company.

"We've all seen this before," he scoffed. "It explains the state's new motto: 'Virginia is for 10,000 milligrams of Niacin.'"

It wasn't until he heard that the gifts included a lakehouse vacation -- including the use of a $190,000 Ferrari -- and 30 boxes of "an expensive anti-inflammatory" that Stewart perked up.

"Now you're talking my language," he woofed. "Thirty boxes of top-shelf, black-label anti-inflammatories. How does that backroom deal go down?"

Watch Stewart take on the dual controversies, as posted online on Wednesday, below.