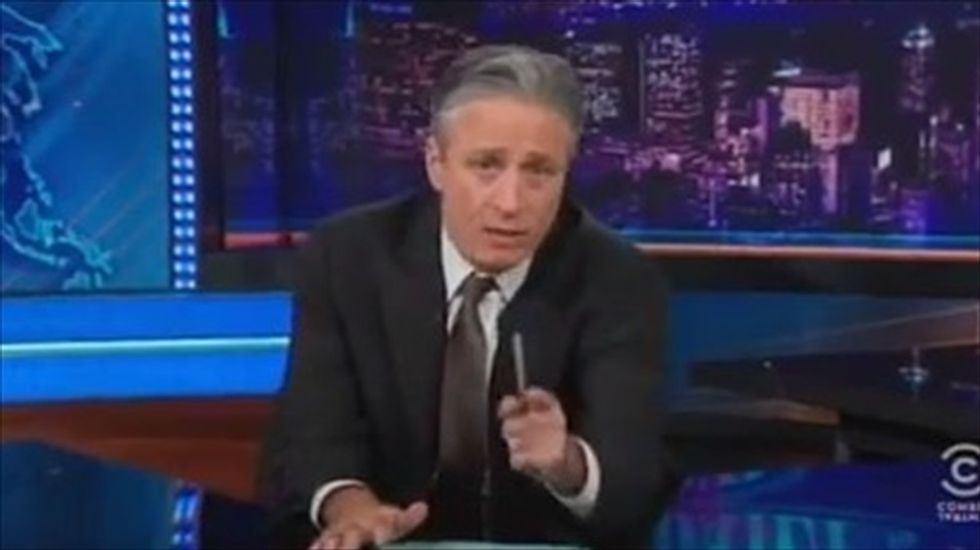 Tuesday night's speech by President Barack Obama presented a mixed bag for Daily Show host Jon Stewart, with a passive-agressive chief executive followed by what he described as a bumbling set of GOP responses.

"To sum up the 2014 State of the Union: a litany of vague pledges, a justified venting the frustration with Congress and capping it off, the world's shittiest Republican open mic night," Stewart reasoned.

Stewart mocked each of the "four delicious flavors" of Republican rebuttals, observing that Rep. Cathy McMorris Rodgers (R-WA) looked like she was speaking "from a nursing home for Civil War widows." Meanwhile, the Tea Party contingent streamed Rep. Mike Lee's (R-UT) take, Stewart joked, "because, apparently, anybody can get on the f*cking internet."

He had a harder time, though, understanding the Spanish-language response from Rep. Ileana Ros-Lehtinen (R-FL).

"I agree, the President did take the autobus to the library," Stewart said, before fretting, "Sorry, I only had 8 years of Spanish."

Stewart did seem puzzled by Sen. Rand Paul's (R-KY) remark that calling government itself stupid is "a debatable point," before offering his impersonation of Paul: "All I'm saying is, maybe we should return to an uncivilized state of lawless chaos."

However, Stewart also dinged Obama for mixing guilt trips toward Congress with undefined, optimistic claims, such as Obama's remark that, "no other country in the world does what we do."

Obama, Stewart said, also had to contend with Vice President Joe Biden -- or as Stewart called him, "Ol' Joey Focus-Puller."

"This year, he teamed up with old [House Speaker] Johnny Boehner (R) to form the old man version of the Comedy and Tragedy masks," Stewart observed.