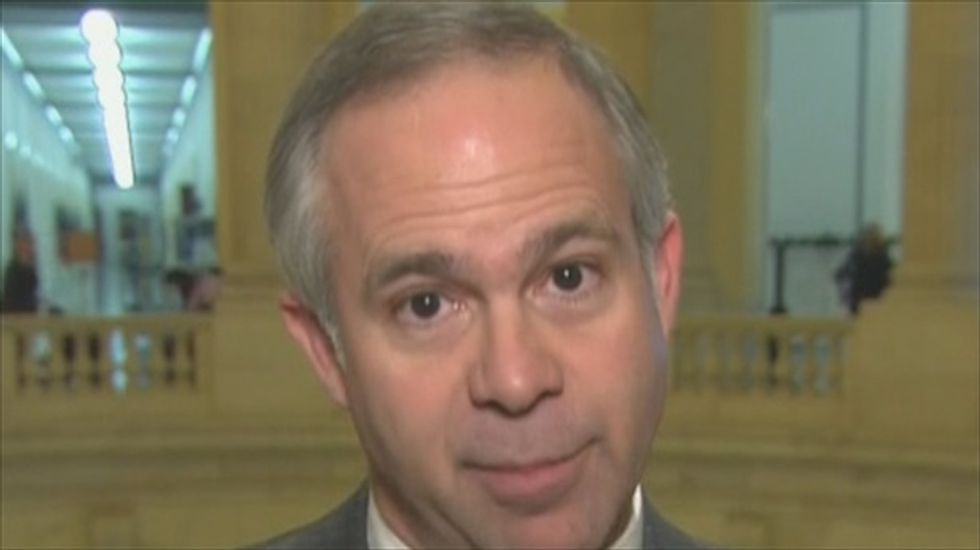 A question over the inclusion of Army Sgt. 1st Class Cory Remsburg at Tuesday's State of the Union address spiraled into a policy-spanning battle between MSNBC host Rachel Maddow and Rep. Tim Huelskamp (R-KS), who accused her of hiding from what his party calls the truth about the Benghazi attack.

"This administration promised to be the most transparent in history, Rachel," an animated Huelskamp told Maddow. "And if you would stop being a cheerleader and be a journalist, you'd recognize that we're not getting those answers."

"Did you just call me a cheerleader?" Maddow asked.

"I don't know, maybe you have that history," Huelskamp scoffed, before saying, "If it was [George W.] Bush, you would be jumping and screaming."

The two also dueled over remarks posted by Huelskamp on Twitter accusing Obama of acting in a "lawless" fashion and unleashing an "imperium."

"Are you making the case that this president is acting in an unlawful manner by proposing the things he proposed in the State of the Union address?"

"The president acted in numerous unlawful manners," Huelskamp said. "Particularly in his willingness to suspend Obamacare."

"Sir, I'm just trying to focus on the case that you're making which is that his speech --" Maddow said before getting cut off.

"An executive action without authority is lawlessness," Huelskamp said.

"Executive orders by presidents are lawless?" she asked again.

"If there is no authority," he repeated.

Watch the exchange, as aired on MSNBC on Tuesday, below.