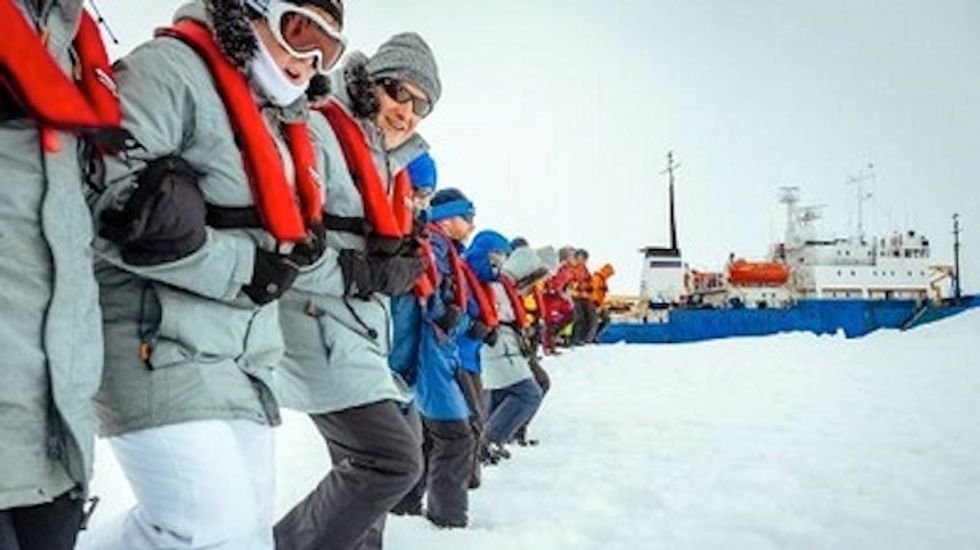 The leader of the ill-fated expedition to the Antarctic whose members were airlifted to safety last week has condemned the sniping of its critics, accusing elements of the media and climate change deniers of deliberately distorting the scientific value of the trip.

Chris Turney, head of the Australasian Antarctic Expedition, says in an article in the Observer that despite the rescue of those on board the Akademik Shikolskiy, the expedition's research ship that has been trapped in ice since Christmas Eve, there was a "growing sense of frustration over what appears to be a misrepresentation of the expedition in some news outlets and on the internet".

Variously, the expedition has been accused of being a "tourist trip" and of being hampered by poor preparation, while others have cited the "irony" of climate researchers being stuck in unexpected ice, claiming it as proof that global warming was overhyped.

However, Turney, professor of climate change at Australia's University of New South Wales, rejected such claims, stating that the Antarctic ice that trapped the ship had no bearing on the debate about climate change. Instead he said the buildup of ice was caused by the aftermath of a collision between a huge iceberg known as B09B and the Mertz Glacier Tongue.

"The [expedition] is not a jolly tourist trip as some have claimed," he added, explaining that the trip had been struck by bad luck as opposed to human error.

"There was nothing to suggest that this event [the thick ice trapping the vessel] was imminent." Turney said that the team had relied upon two separate credible weather forecasts used frequently by expeditioners. "Both forecasts suggested consistent conditions with no significant changes expected," he added.

"The forecasts were correct, but it was soon clear that the armadas of ice that suddenly started to appear were thick and old."

The expedition leader also explained that it was an extremely vital scientific expedition whose success would ultimately be quantified by peer-reviewed studies.

Meanwhile, international rescue efforts to liberate the Akademik Shikolskiy – as well as the Chinese vessel Xue Long, which itself was trapped in ice after attempting to free the expedition vessel – appeared last night to be gaining fresh momentum with reports that a massive US icebreaker might be deployed to the scene. The Polar Star, one of the most powerful non-nuclear icebreakers in the world, is thought to have been asked to help rescue both ships and is expected to arrive in the area in around seven days' time.

The expedition's academic aspirations include investigating the circulation of the Southern Ocean and its impact on the global carbon cycle. Many of the research projects, he added, "were firsts for the region" and that during the first leg of the expedition the data collected by the team of scientists had "far exceeded our expectations".

One study, said Turney, aimed to provide a new view of the entire planet's ocean circulation which could offer "a legacy of the expedition that will last years after our return."