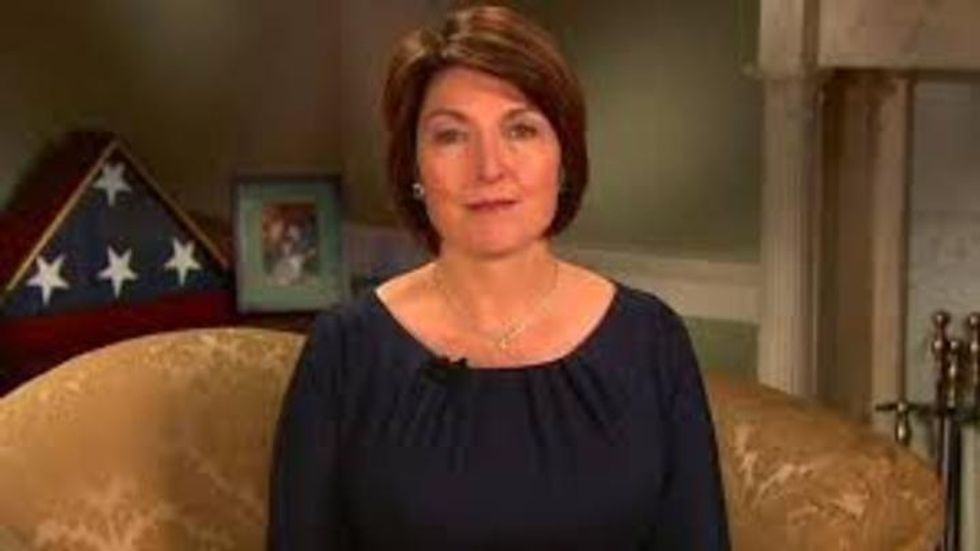 During the official Republican Party rebuttal to President Barack Obama's 2014 State of the Union address, House Republican Conference Chair Rep. Cathy McMorris Rodgers (WA) told the story of a woman who claimed her insurance premiums had skyrocketed thanks to the Affordable Care Act (ACA) -- also known as Obamacare.

The Washington Post's Greg Sargent, however, reported that when she was tracked down, the story about "Bette in Spokane" not only exaggerated the amount of her premium, but that for political reasons, the woman refused to avail herself of federal subsidies.

Talking Points Memo quoted McMorris Rodgers as saying, "Not long ago I got a letter from Bette in Spokane, who hoped the President’s health care law would save her money – but found out instead that her premiums were going up nearly $700 a month. No, we shouldn’t go back to the way things were, but this law is not working."

David Wasson of the Spokane Spokesman-Review spoke with Bette Grenier, whose situation differs significantly from the way it was presented on Tuesday night.

"(T)he 'nearly $700 per month' increase in her premium that McMorris Rodgers cited in Tuesday night’s GOP response to the State of the Union address was based on one of the pricier options, a $1,200-a-month replacement plan that was pitched by Asuris Northwest to Grenier and her husband, Don," Wasson reported.

"The carrier also offered a less expensive, $1,052-per-month option in lieu of their soon-to-be-discontinued catastrophic coverage plan," he continued. "And, Grenier acknowledged the couple probably could have shaved another $100 a month off the replacement policy costs by purchasing them from the state’s online portal, the Health Plan Finder website, but they chose to avoid the government health exchanges."

“I wouldn’t go on that Obama website at all,” Grenier told Wasson. "We liked our old plan. It worked for us, but they can’t offer it anymore.”

The couple's previous plan was an expensive, bare-bones policy of a type that was outlawed under the ACA in the name of consumer protection. It offered coverage for four doctor visits of any kind per year, but beyond that only catastrophic protection with a $10,000 deductible and no prescription coverage.

State Insurance Commissioner Mike Kreidler told Wasson that he urges Bette and anyone else who is having issues with their policies to contact his office, where professionals will help them find the options best suited to their budget and needs.

Wasson said that McMorris Rodgers' office had not confirmed with Bette that the numbers were accurate before including the anecdote in the congresswoman's speech. At press time, they offered the Spokesman-Review no explanation.

McMorris Rodgers’ spokesperson Melanie Colette said only that "Bette in Spokane" is just "one of hundreds of people in Eastern Washington that have contacted the congresswoman with their concerns about the president’s health care law.”

Bette Grenier told Wasson, "A guy from her office called me last week but I never called him back.”