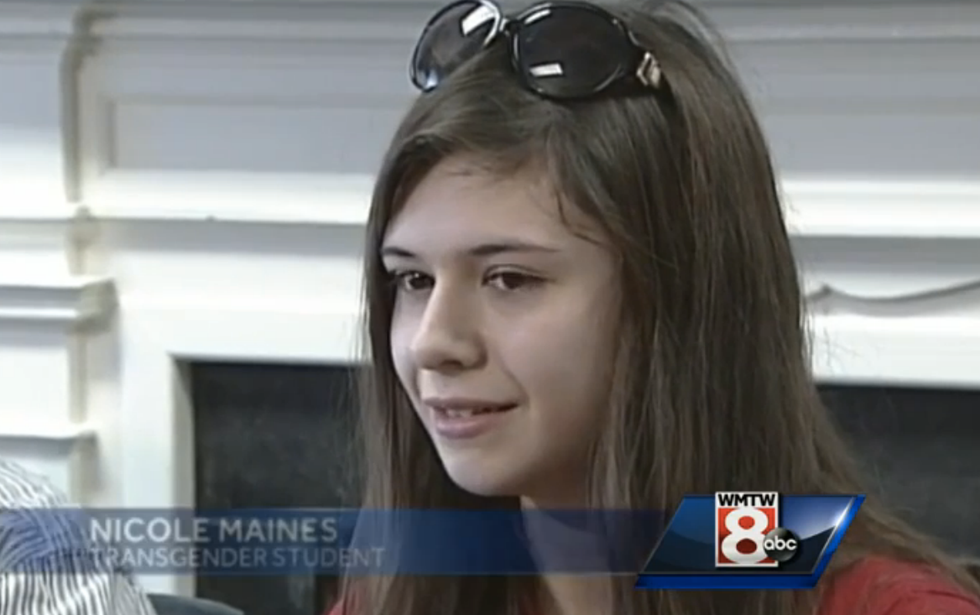 A teenage transgender student in Maine has won a legal case about what bathroom she is allowed to use at school. According to WMTW.com, the verdict came after a five year legal battle between the family of Nicole Maines and state and local school officials.

Administrators at Asa Adams School in Orono, part of Regional School Unit (RSU) 26, told Maines that she could not use the girls' bathroom in 2007. On Thursday, the Maine Supreme Judicial Court ruled 5-to-1 that the school violated the Maine Human Rights Act.

When apprised of the verdict, teenaged Nicole said she was too stunned to register exactly what she was feeling.

“I still don’t really know how I’m feeling. I know it’s probably a form of happiness and I’m over the moon, it’s just that it hasn’t sunken in yet,” she said.

Nicole's mother Kelly Maines said it wasn't an easy decision for the family to go public with the suit, but they didn't feel like there was really a choice.

“The question was could we say, ‘Well sorry, Nicole, but you don’t have rights like the rest of the people do, so we’re just going to sit back and take it,’ or was it ‘Look, it’s a long process you have to go through it but at the end, we may win, we may lose but at least you know you stood up for your rights,’ and that’s what we knew we had to do,” she told Channel 8.

The question of whether to allow transgender students to use restrooms and other facilities that correspond to their expressed gender rather than their birth gender has been occupying school districts around the country.

California passed the Success in School and Opportunity Act in 2013, which forbade discrimination against transgender students. Anti-LGBT organizations have reacted furiously, organizing a campaign to overturn the law and planting fake stories about harassment of young girls in school restrooms.

"They're just babies," he said. "They want to go to school and have a good life, to learn and grow."