Michigan GOP official: 'Herd all the Indians' to Detroit, build a fence and throw in corn 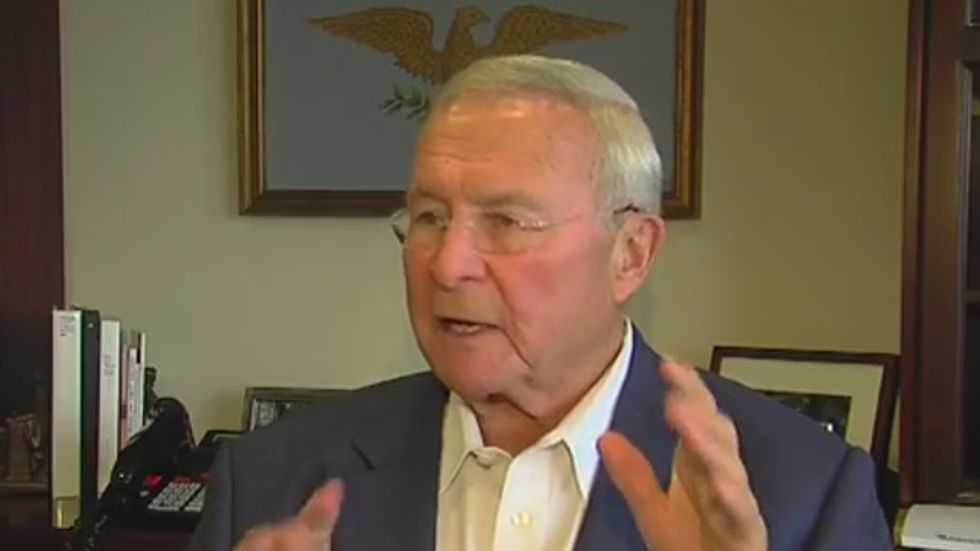 A Republican county official in Michigan is in hot water after making racial comments about Detroit, including the idea that the city should be turned into a detention center for "all the Indians."

In a recent interview for a profile by The New Yorker titled "Drop Dead, Detroit!" Oakland County Executive L. Brooks Patterson admitted, "Anytime I talk about Detroit, it will not be positive. Therefore, I'm called a Detroit basher. The truth hurts, you know? Tough sh*t."

Patterson recalled telling his children to "get in and get out" if they needed to go to Detroit.

"And, before you go to Detroit, you get your gas out here. You do not, do not, under any circumstances, stop in Detroit at a gas station! That’s just a call for a carjacking," he said.

Patterson also proposed a fix to Detroit's financial problems: Turn the city into a reservation for Native Americans.

“I made a prediction a long time ago, and it’s come to pass. I said, ‘What we’re gonna do is turn Detroit into an Indian reservation, where we herd all the Indians into the city, build a fence around it, and then throw in the blankets and the corn.’”

After Detroit officials and activists reacted with outrage, Patterson's office released a statement accusing The New Yorker of having an "agenda."

"It is clear Paige Williams had an agenda when she interviewed County Executive Patterson," the statement said. "She cast him in a false light in order to fit her preconceived and outdated notions about the region."

Activists with Reverend Al Sharpton's National Action Network had planned a news conference on Tuesday to call for Patterson to apologize.

National Action Network’s Michigan chapter president Rev. Charles Williams II said that the comments were "repulsive" because they were an insult to the city's African-American population and "a direct slight to the American Indians who occupied the land before Detroit was Detroit, and Oakland County.”

In recent years, Patterson has also come under fire for comparing Michigan House Speaker Jase Bolger to Hitler and for suggesting that Wayne County Executive Robert Ficano kill himself.