Mitch McConnell's slogan to win non-GOP voters: 'We are the party of the private sector' 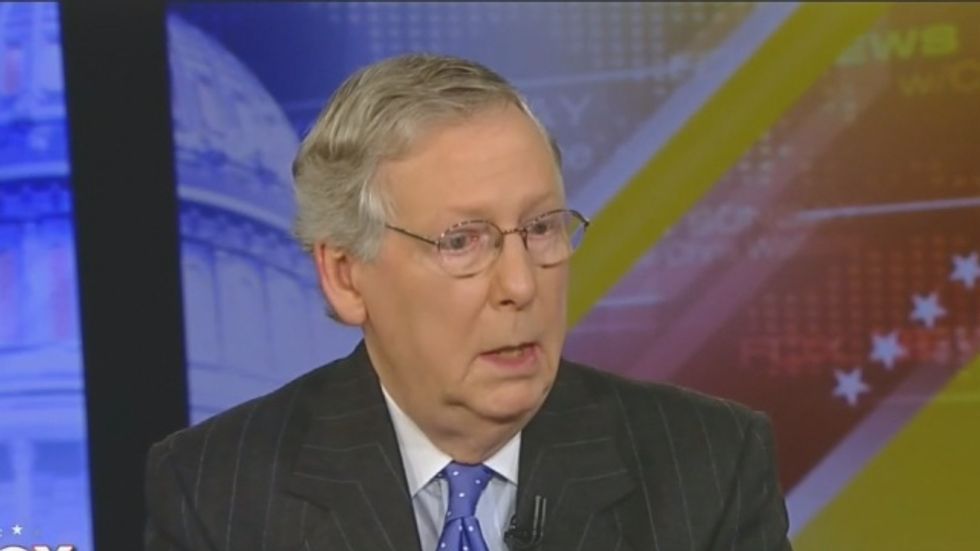 Senate Minority Leader Mitch McConnell on Sunday predicted that the Republican Party could win over independent and undecided voters by campaigning on the message that the GOP was "the party of the private sector."

In an interview on Fox News Sunday, a viewer pointed out to McConnell that "Democratic bashing" could only take Republicans so far in winning undecided voters and reaching across the aisle to solve big problems.

Fox News host Chris Wallace wondered if there was a "positive GOP agenda."

"Look, we believe that the American people will understand by this fall that we are the party of the private sector," McConnell explained. "You know, we've tried big government now for six years in a row. We know that doesn't work. We've had a tutorial, an experiment with spending and borrowing and taxing and regulating."

"I think the American people, surveys indicate, are very skeptical of all these government programs the president continues to offer," he added. "And we're going to make the point that let's try the private sector for a while, let's make it easy to create jobs and opportunity for our people. The government is not going to get that job done. We've seen that."

Earlier this year, McConnell voted to filibuster an extension to long-term unemployment benefits, saying that he would not allow the law to pass unless President Barack Obama's health care law was delayed or repealed.