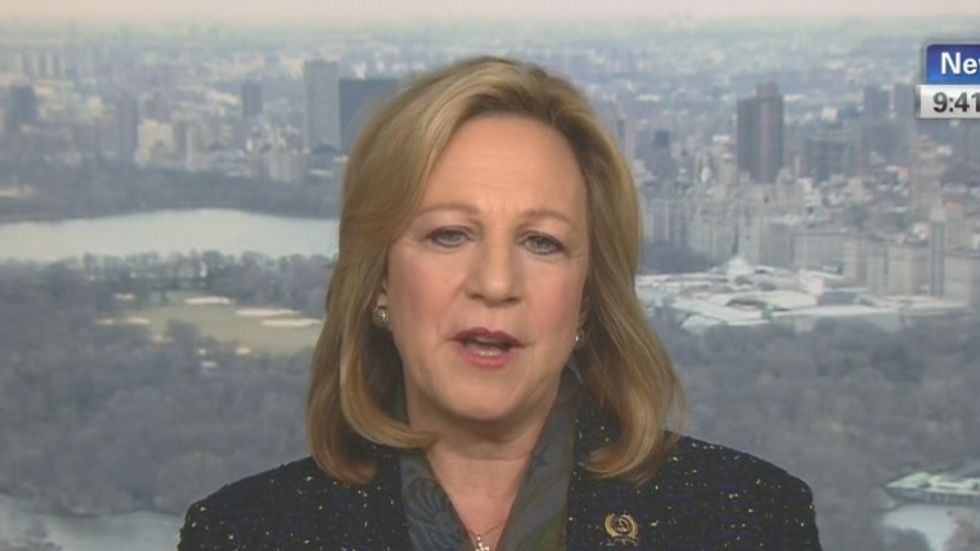 New Jersey Assemblywoman Valerie Huttle (D) on Monday suggested that former Mississippi Gov. Haley Barbour (R), who has been both a Republican National Committee chairman and the head of the Republican Governors Association, had dismissed Hoboken Mayor Dawn Zimmer in a sexist way by simply referring to her as "lady mayor."

On Monday, New Jersey Lt. Gov. Kim Guadagno (R) vehemently denied the allegations in a short press conference, but refused to take any questions on the matter.

"There are no surprises there," Huttle told CNN after the press conference. "Especially that she did not take any questions from the press. But I will tell you now that it does not change the mission of the committee to investigate. It's a question now of what she says and what the mayor says."

CNN host Carol Costello pointed out that Barbour had been interviewed earlier that morning and blasted the media for reporting "any far fetched story with the basis in fact unbelievable."

"This is a lady mayor who asked for $127 million of hazard mitigation money from the governor to give that to her from the federal money, when the state was receiving in its entirety only $300 million," Barbour continued. "It is absurd to think that one town would get well more than an third of the total amount of money."

The former Mississippi governor went on to accuse Zimmer of fabricating her personal diary showing that Guadagno had tried to shake her down and then promised to deny it.

"He calls her a lady mayor," Huttle replied in disgust. "She is a mayor just like any other mayor."