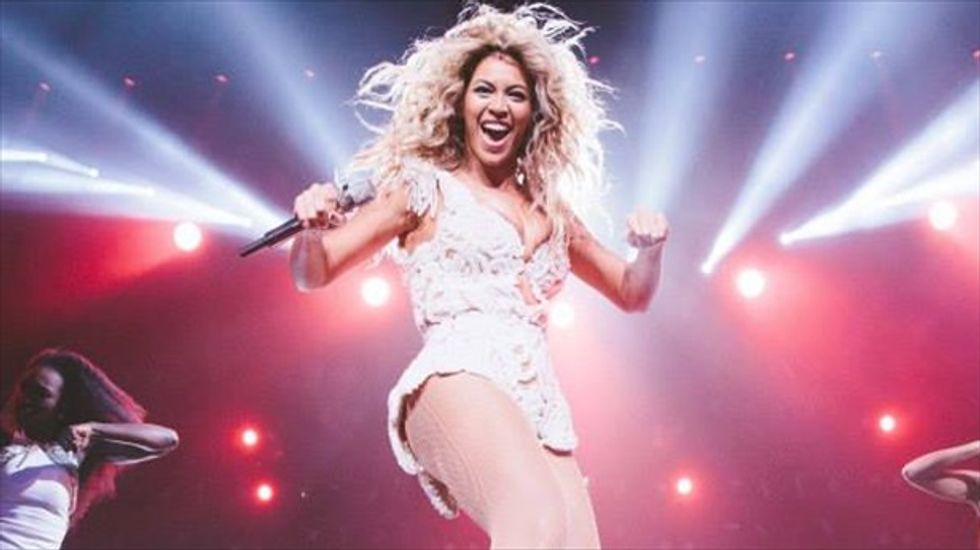 NASA says dangers of space exploration should not be trivialised, after Beyoncé uses clip from shuttle disaster in XO

Beyoncé has been rebuked by Nasa for using an audio clip from the Challenger shuttle disaster in a new song. The space agency said the tragedy "should never be trivialised".

XO, from Beyoncé's new album, begins with a six-second clip taken from television footage as the shuttle exploded and fell to earth on 28 January 1986, killing all seven crew. Steve Nesbitt, a Nasa public affairs official, is heard to say: "Flight controllers here looking very carefully at the situation. Obviously a major malfunction."

Nasa issued a statement late on Tuesday saying: "The Challenger accident is an important part of our history; a tragic reminder that space exploration is risky and should never be trivialised.

"Nasa works every day to honour the legacy of our fallen astronauts as we carry out our mission to reach for new heights and explore the universe."

Beyoncé had earlier stood by the song, saying the audio was included "in tribute to the unselfish work of the Challenger crew with hope that they will never be forgotten".

But Keith Cowing, a former Nasa employee, described the sample as "inappropriate in the extreme" and little different from using 911 calls from the 9/11 terrorist attack.

June Scobee Rodgers, the widow of Challenger's commander, Dick Scobee, who died aboard the shuttle, said: "We were disappointed to learn that an audio clip from the day we lost our heroic Challenger crew was used in the song XO. The moment included in this song is an emotionally difficult one for the Challenger families, colleagues and friends.

"We have always chosen to focus not on how our loved ones were lost, but rather on how they lived and how their legacy lives on today. Their dedication to education and exploration resulted in the creation of Challenger Centre for Space Science Education and because of this we have been able to educate millions of students across America and beyond. We hope everyone remembers the crew for the inspirational legacy they left in the hearts of so many."

XO is the first radio single from Beyoncé's new album, which was released without advance publicity on 16 December. The song is said to have been written by Terius Nash and Ryan Tedder and is about a struggling relationship.