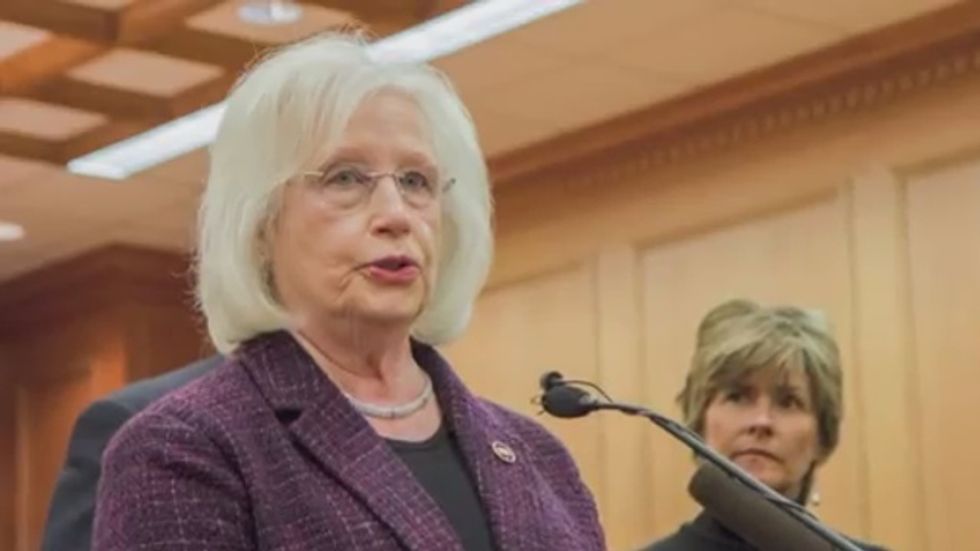 Tennessee lawmakers who are doing their best to stop President Barack Obama's health care law have introduced a bill that could have the unintended consequence of forcing hospitals to verify and ban patients if they purchased insurance through the Healthcare.gov website.

At a press conference on Wednesday, state Sen. Mae Beavers (R) and state Rep. Mark Pody (R) announced legislation that would prevent any state agency from cooperating in any way with the Affordable Care Act.

"The federal government does not have constitutional authority to commandeer state and local governments to enforce or implement these federal health care mandates," Beavers explained. "This legislation takes a very strong stand to resist this federal overreach of power."

Beavers said that it was not immediately clear how the law would affect the more than 36,000 Tennesseans who had already purchased insurance through the federal health care exchanges. And would also cause problems for Tennessee's Medicaid program, TennCare, which uses the HealthCare.gov website.

The bill would make it illegal for state and local officials to "assist in implementing" anything to do with the federal law. Employees and contractors in local, state and education institutions would be forbid from using the health care exchanges.

But the Nashville Scene's Betsy Phillips pointed out that the wording of the legislation could also put university hospitals in the difficult position of having to verify how a person purchased coverage because the same plans are often available through the Healthcare.gov website and directly through insurance companies.

"The real question, and one that Beavers and Pody haven't addressed is what 'no powers, assets, employees, agents or contractors of the state or its local government subdivisions, including higher education institutions, can be used to implement or administer the federal health care program' means, specifically, what 'implement or administer' in this context means," Phillips wrote.

"So, say this law passes and I bought my insurance through the Obamacare website. Now, say I show up at the University of Tennessee Medical Center (a higher education institution) with my Obamacare-procured insurance and an emergency," she continued. "Could the hospital take my insurance or would that be aiding in the implementation (since I don't really, practically, have insurance unless a hospital will take it) or administering (since the hospital's billing department will have to work with my Obamacare-procured insurance company in order to get paid) of the Affordable Care Act?"

"Since the law 'empowers the General Assembly to enact sanctions, fines and penalties for violation of the proposed law and gives the state’s Attorney General the right to file a lawsuit against violators,' will hospitals have to figure out not only if patients have insurance but how they got it before they risk treating them?" Phillips wondered.