Obama refuses to reclassify weed: It's up to Congress 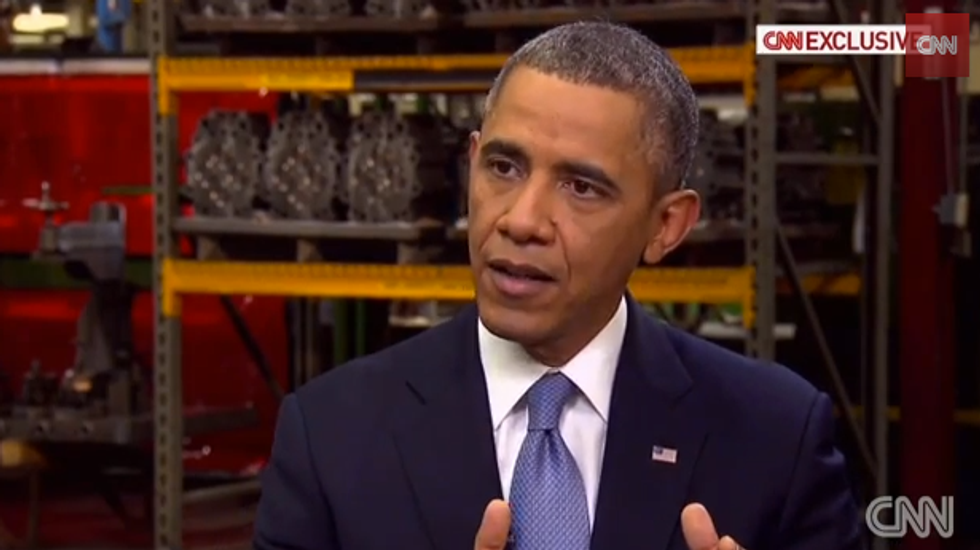 President Barack Obama said he'll leave it up to Congress to remove marijuana as a Schedule I narcotic.

“First of all, what is and isn’t a Schedule I narcotic is a job for Congress,” Obama said in an interview with CNN’s Jake Tapper. “It’s not something that we by ourselves start changing.”

The president dismissed Tapper’s suggestion that the Drug Enforcement Administration, which is under the president’s executive authority, could remove pot from its classification as an illegal drug.

“No, there are laws undergirding those determinations,” Obama said.

Advocates of drug policy reform expressed disappointment that the president, who also said earlier this month that he believed marijuana was no more dangerous than alcohol, appeared unwilling to change the classification himself.

"If the president truly believes what he says about marijuana, he has a moral imperative to make the law match up with his views and the views of the majority of the American people, without delay,” said Tom Angell, chairman of Marijuana Majority.

A spokesman for the White House Office of National Drug Control Policy said on Twitter that Attorney General Eric Holder could reclassify marijuana after an independent scientific review, but admitted that was unlikely “given current science.”

.@leroy_leger The AG can, but only after independent scientific review. Not likely given current science. http://t.co/PvAfXIXGbq #AsktheWH

However, that message appeared somewhat at odds with Obama’s comments to CNN.

“I stand by my belief, based I think on the scientific evidence, that marijuana for casual users, individual users, is subject to abuse, just like alcohol is, and should be treated as a public health problem and challenge,” Obama said.

The president said the criminal penalties for marijuana are applied unevenly, and he said jailing users does not appear to have served the intended purpose of reducing consumption rates.

Obama also issued a cautionary note to proponents of legalization.

“If we start having a situation where big corporations with a lot of resources and distribution and marketing arms are suddenly going out there and peddling marijuana, then the levels of abuse that may take place are going to be higher,” Obama said.

Watch portions of the interview posted online by CNN: