Obama warns Congress he will act alone to help the jobless: 'I've got a pen and I've got a phone' 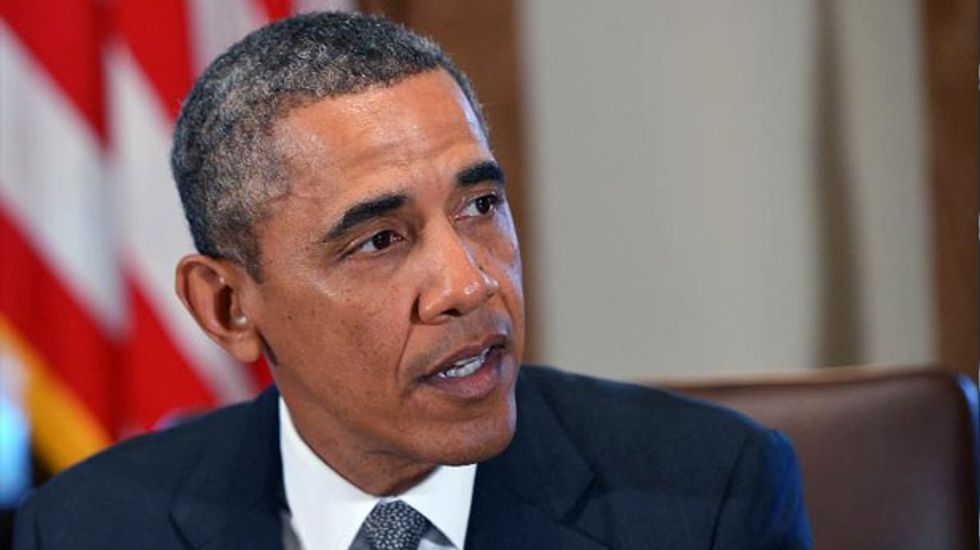 President Barack Obama said Tuesday he was pleased Congress had passed a sweeping $1 trillion spending bill, but warned he would wield power alone if lawmakers blocked his policy plans.

The omnibus spending bill reached by negotiators from the Republican-led House of Representatives and the Democratic-run Senate funds the government until the end of the fiscal year in September, averting another government shutdown in the medium term.

"I'm very pleased to see the House and the Senate agreed to a budget," Obama said as he met his cabinet at the White House.

The president encouraged Congress to pass the measure as "quickly as possible" to offer budget certainty for government agencies and departments.

Obama also called on Congress to act on his other priorities, including an extension of jobless insurance for the long-term unemployed and comprehensive immigration reform.

But White House hopes for an unblocking of the partisan gridlock snarling his second term look likely to be unfounded, a fact Obama appeared to recognize in his remarks, as he promised to wield the power of his office to mitigate the travails of the struggling middle class.

"We're not just going to wait for legislation," Obama said.

"I've got a pen and I've got a phone, I can use that pen to sign executive orders and take executive action and administrative actions that move the ball forward."

While Obama can use his authority to implement policy changes on issues ranging from immigration to climate change and other issues, he must pass laws through Congress to enact the kind of sweeping political change he envisages and to deploy the power of the public purse.