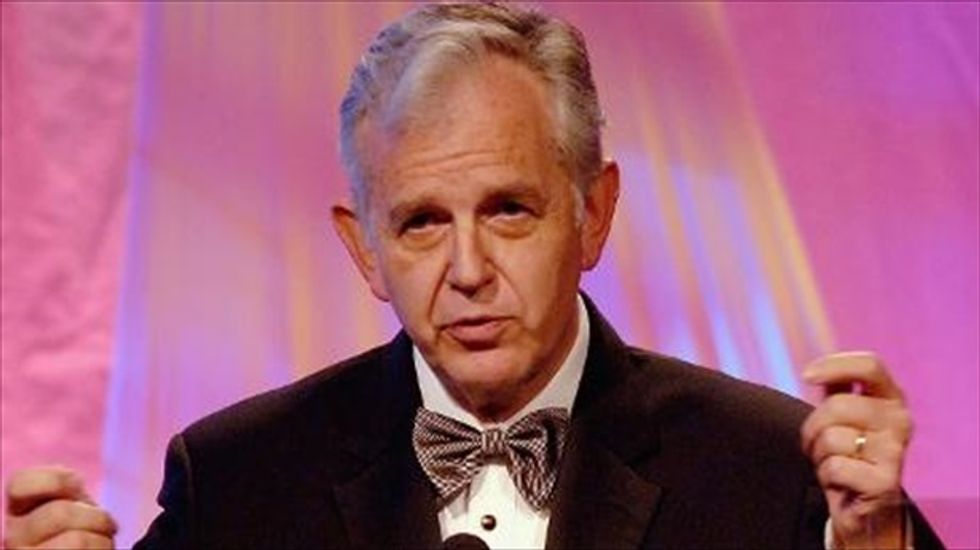 Oscars organizers have withdrawn a best song nomination from a composer because he emailed voting members to highlight his candidacy, which is strictly banned for Academy executives.

"Alone Yet Not Alone," from the film of the same name, was something of a surprise inclusion in the five-strong shortlist for best original song unveiled by the Academy of Motion Picture Arts and Sciences on January 16.

But the Academy decided Tuesday night to rescind the nomination after finding that the song's composer, Bruce Broughton, had emailed voting members "to make them aware of his submission during the nominations voting period."

Broughton, who wrote the song with lyricist Dennis Spiegel, is a former Academy governor and current member of its music branch executive committee.

"No matter how well-intentioned the communication, using one's position as a former governor and current executive committee member to personally promote one's own Oscar submission creates the appearance of an unfair advantage," said Academy President Cheryl Boone Isaacs in a statement Wednesday.

The song was up against nominees from four far more high-profile movies: "Happy" from "Despicable Me 2;" "Let It Go" from "Frozen;" "The Moon Song" from "Her;" and "Ordinary Love," by U2, from "Mandela: Long Walk to Freedom."

The Oscars, the climax of Hollywood's annual awards season, will be held on March 2.