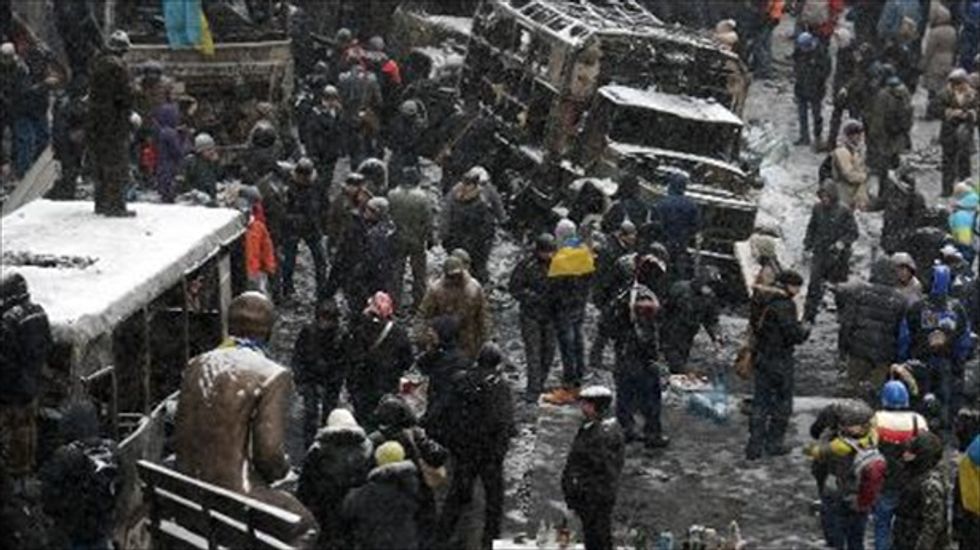 A prominent Ukrainian activist and journalist, Igor Lutsenko, on Tuesday said he was safe and well after being abducted from a hospital by unknown individuals and dumped in a forest outside Kiev.

Lutsenko's sudden disappearance in the early hours of Tuesday morning had shocked the Ukrainian protest movement and raised fears for his safety amid the standoff between protesters and police in the capital.

He wrote on his Facebook page after being released that he had indeed been abducted from a hospital in Kiev and was eventually left in a forest by his abductors.

The authenticity of the post was confirmed by his partner, fellow activist Maria Lebedeva.

"Over the last day I said goodbye to my life at least three times, but now everything is fine," Igor Lutsenko wrote.

"I climbed out of the forest where my kidnappers threw me and am in a good mood, without a mobile phone and in average condition. Nothing serious, but being with kidnappers for 15 hours was very hard, morally and physically."

He said he was taken from a Kiev hospital by 10 men after taking a protester wounded in the clashes to the hospital for treatment.

The patient, whom he named as fellow activist Yuriy Verbytsky, was also taken. They were taken several dozen kilometres outside Kiev to a forest.

Lutsenko said he was taken to a garage with his abductors and Verbytsky to another area. Verbytsky's fate is unknown.

After several hours in the garage, Lutsenko said he was taken farther out into the woods where he was told to kneel against a tree and pray, in an apparent mock execution.

At that point his abductors disappeared and he staggered out of the forest, almost fainting at times, Lutsenko wrote.

He did not say if he was hurt but Ukraine's Channel 5 said he was injured and receiving treatment at a Kiev hospital.

Lutsenko works as a correspondent for opposition website Ukrainska Pravda but had been one of the main organisers of the two month-old protests against President Viktor Yanukovych on Independence Square in Kiev.

His disappearance sparked horror among activists who recall the brutal abduction and murder of the founder of Ukrainska Pravda, Georgiy Gongadze, in a forest outside Kiev in 2000.

In December 2013, investigative journalist Tetiana Chornovol, who also writes for Ukrainska Pravda, was dragged from her car by a group of men and brutally beaten.