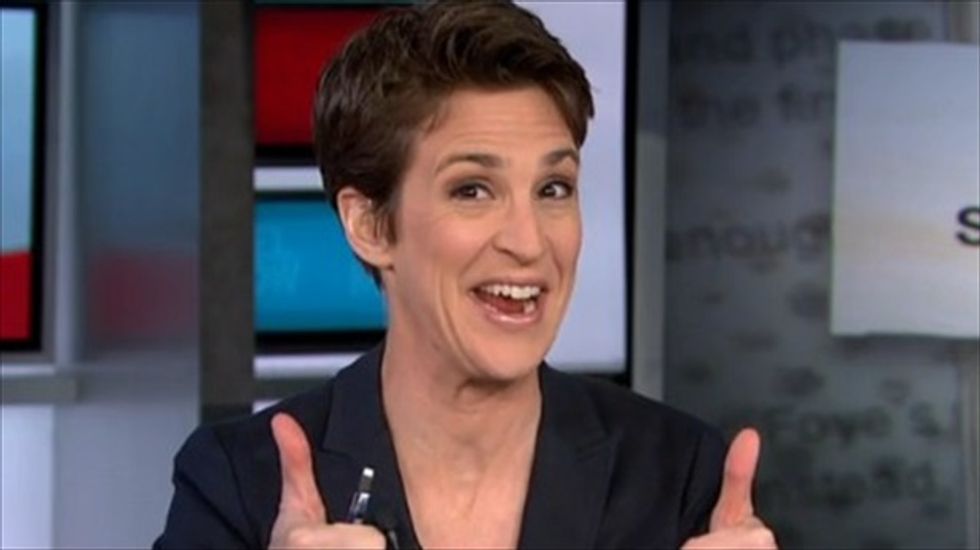 The offshoot of President Barack Obama's unilateral decision to raise the minimum wage for federal contractors, MSNBC host Rachel Maddow said on Thursday, was the chance for Democrats to use their support for wage increases as a cudgel against Republicans nationwide.

Maddow pointed out that Obama's decision to raise contractors' wages to a minimum of $10.10 per hour has already been followed by St. Louis Mayor Francis Slay, who will do the same for all part-time city employees.

The issue has also impacted embattled New Jersey Gov. Chris Christie (R) and his state's half of the Port Authority of New York and New Jersey. While Christie's appointees face mounting legal issues, New York Gov. Andrew Cuomo (D) and Port Authority Executive Director Patrick Foye signaled their intent to require contractors at both JFK and LaGuardia Airports to adopt the $10.10 minimum wage. Meanwhile, the New York Daily News accused Christie's administration of "stomping on his constituents" for not requiring the same of contractors at Newark Airport.

And historically, Maddow said, putting minimum wage increases on the ballot has paid dividends for Democrats, since they both tend to pass while increasing voter turnout, which has fueled Democratic victories.

"Everybody says, 'Oh, Chris Christie won re-election by such a huge margin -- he won by 22 points,'" Maddow said. "You know what? Same margin by which he was overruled by the voters of his state on that minimum wage issue."