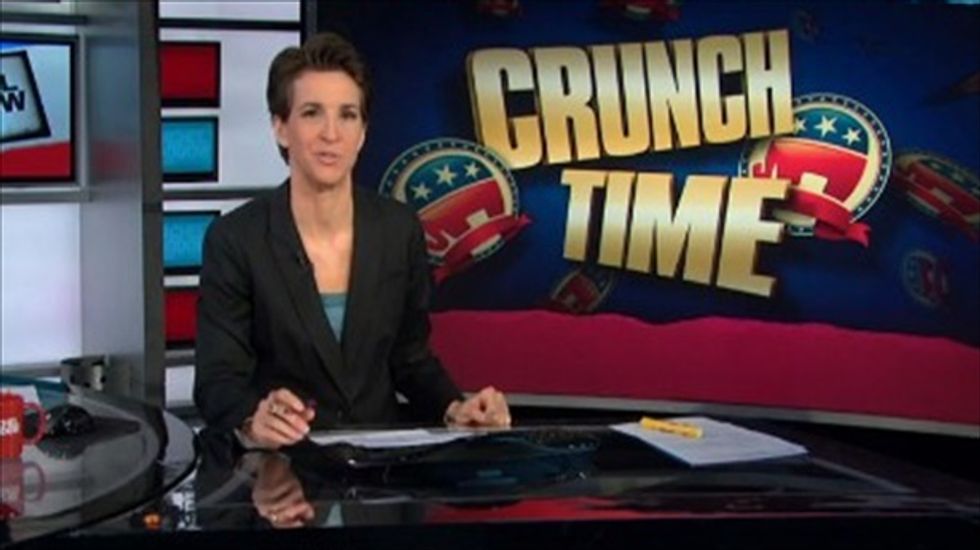 MSNBC host Rachel Maddow broke down the curious reversal of fortune for New Jersey Port Authority chair David Samson since the man who installed him in the position, Gov. Chris Christie (R), took office in 2010, and the intersection of his possible involvement in both the threats against the mayor of Hoboken and the lane closure scandal concerning the George Washington Bridge.

Maddow cited a WNYC-FM report pointing out that Samson's law firm, Wolff and Samson, went from doing $40,000 worth of business a year to more than $1 million a year after being named to the Port Authority.

But the firm also represents the development group behind a development project in Hoboken that allegedly prompted Christie's Lieutenant Governor, Kim Guadano (R) to threaten Mayor Dawn Zimmer to expedite it or risk losing relief funds in the wake of Hurricane Sandy.

And as Maddow pointed out, Samson has hired not just ex-Homeland Security chief Michael Chertoff's law firm to represent him, but a separate legal team and a public relations firm.

Samson appeared to be one of scores of Christie allies appointed to work at the Port Authority; a lawsuit filed by a former employee alleged that Christie's administration installed 80 people at the agency, where the average salary exceeds $140,000.

Uncovering corruption there, Maddow said, "[is] not like busting up a card game on the corner. It's like busting up Las Vegas. The Port Authority is rich, and it behaves like it."

But while Samson is still at his job, Maddow said, another appointee, David Wildstein has just been cut off from legal aid by the agency. It was Wildstein who was documented getting the order in August 2013 from Christie's ex-deputy chief of staff, Bridget Anne Kelly, to orchestrate the bridge lane closures.

Wildstein was in a position to do that, she stated, that was created specifically for him in May 2010, without a job description or even the need for a resume.

"There was nothing in his personnel file," Maddow said. "But he did get the job. They did create it for him. Which, according to [investigators'] account, is slightly-above average for that mammoth slush fund -- I mean, agency."

Watch Maddow analyze the differing fates of Samson and Wildstein, as aired Friday on MSNBC, below.