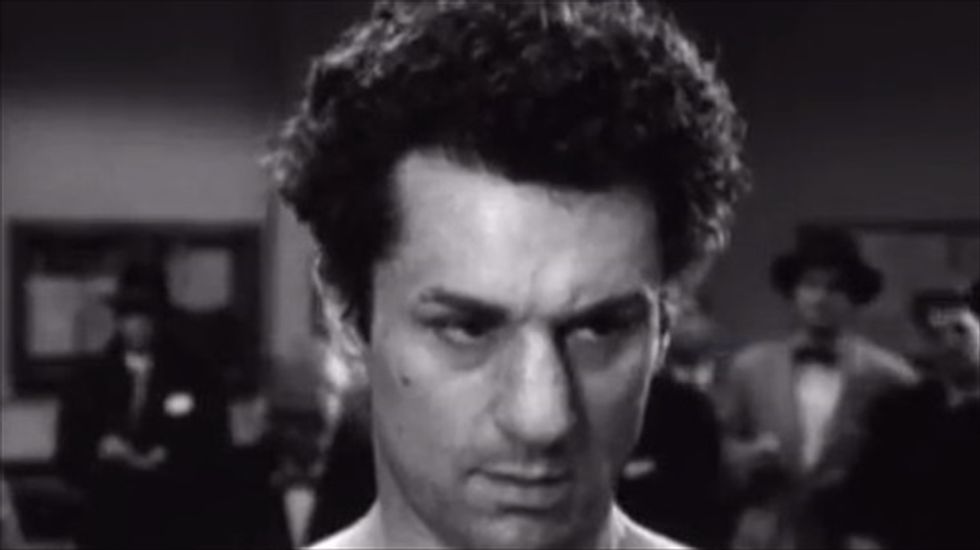 Oscar-winning boxing drama "Raging Bull" was at the center of a copyright battle Tuesday as the US Supreme Court heard arguments from Metro-Goldwyn-Mayer and the daughter of a dead screenwriter.

Paula Petrella claims the studio owes her damages because the film directed by Martin Scorsese was based in part on a screenplay written by her father, Frank Petrella.

But MGM, which produced the 1980 movie starring Robert De Niro as the tortured middleweight Jake LaMotta, says Petrella waited too long before filing a lawsuit making the copyright claim -- the studio has already won an appeals court case in California on those grounds.

At the hearing Tuesday, the nine justices sought to determine whether the "doctrine of laches" -- which says you can't file a lawsuit after an unreasonable delay -- applies.

Petrella filed her lawsuit nearly 30 years after her father died, after the studio released 25th anniversary editions of the critically-acclaimed film.

Given the three-year statute of limitations on imposing copyright claims, Petrella is asking for "only three years of damages," her lawyer Stephanos Bibas said.

But the case could have wider implications for copyright claims, given that studios often re-release older movies.

If the court rules that the statute of limitations resets for later editions, or that the lache doctrine does not apply in such cases, then it could pave the way for late-stage many copyright claims, MGM and its supporters argue.

"When plaintiffs unreasonably sit on their rights and sue only after putative defendants have devoted significant resources to making the copyrighted material profitable, laches serves important interests of fairness and finality, without which the validity of a work's further distribution would remain permanently in doubt," the Motion Picture Association of America argued in a brief filed with the court in support of MGM.

The court's decision is expected by the end of June.

Watch the original trailer for "Raging Bull" below.