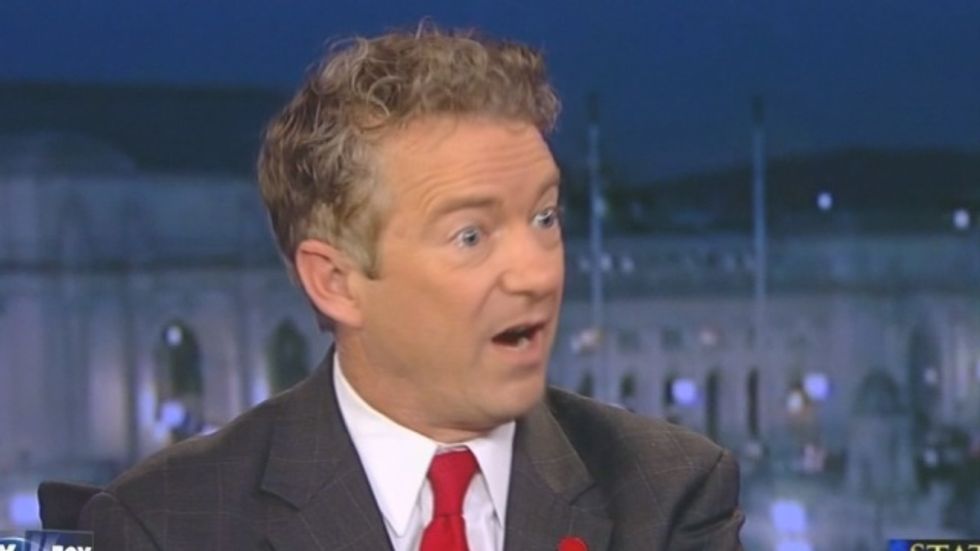 Following President Barack Obama's State of the Union address to the nation on Tuesday, Sen. Rand Paul (R-KY) declared that former President Bill Clinton had committed workplace "violence" in the 1990s when he had an affair with White House intern Monica Lewinsky.

In an interview on Sunday, Paul had said that Clinton was partially to blame for the so-called “war on women” because of his affair with Lewinsky. And the Kentucky Republican asserted that it would be difficult for voters not to also find Hillary Clinton responsible for her husband’s behavior.

By Tuesday, even conservative journalists were reminding the presidential hopeful that his version of events had "no resemblance to reality."

But that didn't stop him from doubling down when Fox News host Bret Baier asked about it after the State of the Union address on Tuesday night.

"This wasn't an affair, this was a workplace sexual harassment and the Democrats want to be all high and mighty like they're the party that champions women," he added. "Well, gosh, their standard bearer seems to be a guy that was committing the workplace kind of violence that we should all be opposed to."