Rep. Louie Gohmert: I'm no prophet but Netanyahu could be the next King David 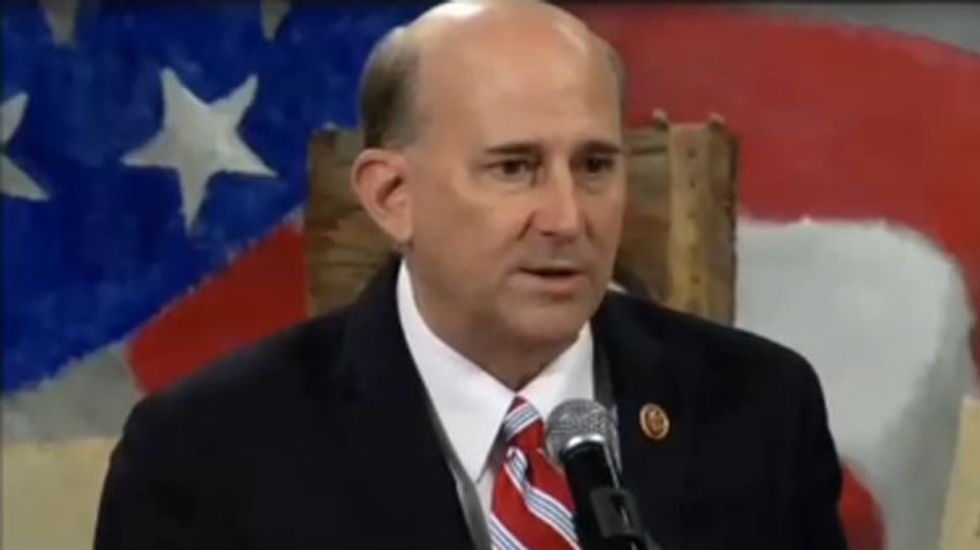 Congressman Louie Gohmert (R-TX) said Sunday that Israeli Prime Minister Benjamin Netanyahu will be remembered as a historic leader, on par with King Solomon and other biblical rulers.

"I told [Netanyahu], and some people think this is crazy and meddling -- apparently from the reaction some of y'all actually know who I am -- but I told the prime minister, I said, 'I mentioned this to you in 2009' -- we met a couple of times since then, but anyway -- 'I mentioned this to you in 2009 and I want to reiterate it, I think, I'm not a prophet, I know the Old Testament, I know history, I think you've got a chance to be one of Israel's great leaders,'" he said at the South Carolina Tea Party Convention in Myrtle Beach.

"And Michele [Bachmann] said, 'He is one of Israel's great leaders!'"

"I said, 'I am talking about all time. The big ones. Going back to David, to Solomon, up through Josiah, Hezekiah until the end, on up through Ben Gurion,'" Gohmert continued. "All of the greatest leaders of Israel had one thing in common: They called upon the nation of Israel to honor the God of Abraham, Isaac, and Jacob, and that has not happened in many decades."

The Republican representative said the United States was pushing Israel "into a corner," referring to the Israeli-Palestinian peace talks being mediated by Secretary of State John Kerry. He warned Israel was going to see "a couple of crises this year."

Gohmert said Netanyahu should deal with the crises by calling for nationwide prayers.

"And I know you've got secularists, and I called off a couple, that you have to deal with here and tell them this is not for you, it is only for people who believe, but I'm declaring a national day of prayer and fasting in this crisis for God's direction and protection, and for all of those who believe," he explained. "And I said, I promise you God will answer that prayer, the secularists will hear, the world will see, and even people in the United States will see, and Israel will be blessed because of you doing that."