Report: Animal Planet's 'Call of the Wildman' show mistreated animals it was rescuing 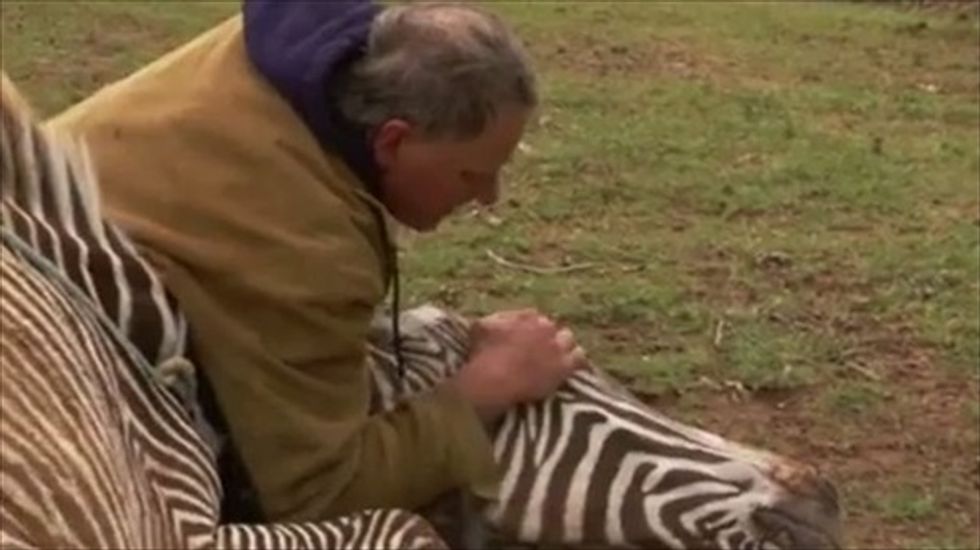 "It's a damn bullsh*t show," one local animal park owner said after confirming the show, Call of the Wildman, actually used a zebra from his business during an episode. "You know it, and I know it. It's just entertainment, cheap entertainment. It gives everybody a job or something to do."

The show follows star Ernie "Turtleman" Brown Jr. as he supposedly rescues animals that have made their way to homes or businesses. Brown is licensed in the state of Kentucky as a Nuisance Wildlife Control Operator (NWCO). He is allowed to trap animals for pay but required to report his captures to the state Department of Fish and Wildlife Resources. A disclaimer mentioning that the show contains "some dramatizations" was added to the program on its 13th episode.

"We take pride in the fact that many of these nuisance animals in the state of Kentucky would be exterminated when caught, but the animals featured in Call of the Wildman are relocated," Sharp senior vice president Scott Alder told Mother Jones. "And that's an important part of the show for us."

In one episode, Brown is seen grabbing and wrestling the zebra to the ground with his bare hands. But unidentified sources involved in the production told Mother Jones that the animal was "unstable," with one saying it had been sedated, a violation of federal animal-handling laws. Clay denied sedating the zebra but did confirm that he drugged it. Animal Planet and the show's production company, Sharp Entertainment, also said that the animal had been sedated before filming the encounter, without their knowledge or consent.

Another episode, featuring Brown's encounter with a female raccoon and her three offspring, was criticized by Kentucky Wildlife Center director Karen Bailey, a certified rehabilitation specialist. Bailey said producers informed her they had already acquired the three younger animals days before they were filmed being "rescued" by Brown.

She told Mother Jones that when she volunteered to help, producers said they would only let her care for the raccoons if they they could film their delivery. After she refused, Bailey said, she arranged for them to be taken to another facility, the Broadbent Wildlife Sanctuary. But they were so "dehydrated" and "emaciated" that Broadbent asked her to take over their care. One of the three raccoons later died.

"If these animals were somehow subjected to somebody's production schedule, somebody's convenient timeline, then that's wrong," Bailey said in a video accompanying the report.

Sharp Entertainment told Mother Jones it has been investigating the treatment of animals during the production of the Wildman series since May 2013. Officials also said they have instituted new rules for the staff of the show in the wake of the report, yet it will not pull the episodes in question from the Animal Planet website.

Sharp specializes in what it calls "guided reality shows" following a variety of characters, including Doomsday Preppers. 26-year-old Tyler Smith was arrested earlier this month after saying he planned to rob neighbors in a November 2013 appearance on the show.

The Animal Legal Defense Fund ranked Kentucky as the worst state in the country regarding animal safety laws.

Watch Mother Jones' report, as posted online on Tuesday, below.