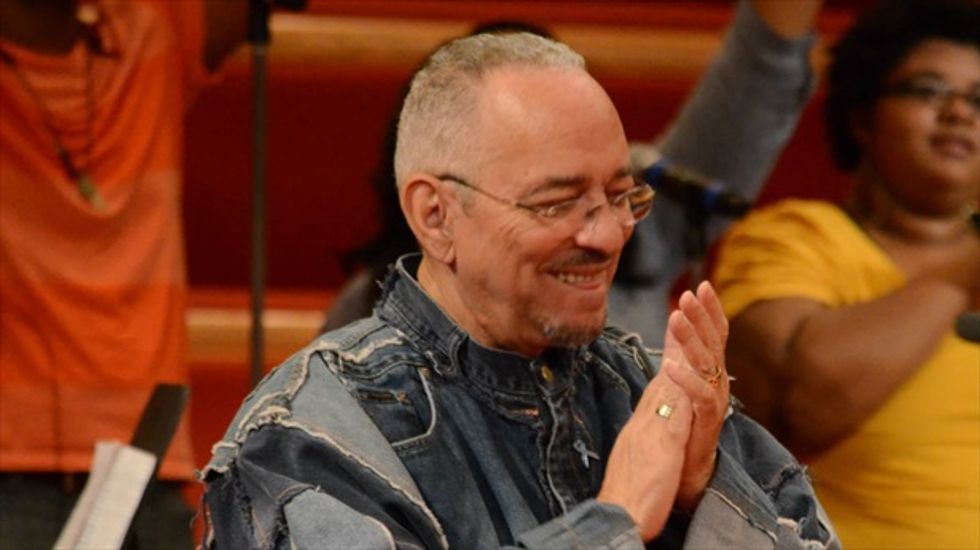 Rev. Jeremiah Wright, who became a source of controversy during President Barack Obama's first election campaign, was criticized by Tea Party conservatives after lambasting them in a speech on Monday in Wilmington, Delaware, the Wilmington News-Journal reported.

The remarks came toward the end of a 32-minute speech that also slammed "millionaires in Congress" for letting long-term unemployment benefits expire last month, and also contained Wright's challenge to the audience to fill in the gaps often missing from the celebration of King's "I Have A Dream" speech during the August 1963 March on Washington.

"That was not Martin Luther King's march," Wright said. "He was one speaker, 50 years ago, at a march for jobs and for justice."

Tea Party conservatives denied Wright's claims that any member of their organizations opposed President Barack Obama because of his race.

"I have been involved with the Tea Party since its inception here in Delaware and I have never once heard or seen anything at a Tea Party rally, 9-12 meeting or Patriot group event that was racist or ever even suggested that the president's race has anything to do with the concerns raised," former Christine O'Donnell campaign member Evan Queitsch told the News-Journal, while Theresa Garcia, executive director of the 9/12 Delaware Patriots, was quoted as saying, "If there was a white man in office with [Obama's] policies, we would dislike him. It has nothing to do with Obama being black."

In the speech, Wright also argued that there was still "unfinished business" from the Civil Rights Movement, with the country still facing the same "three-headed demon" -- racism, capitalism and militarism -- against which King marched.

Wright, who officiated the president's marriage to First Lady Michelle Obama, came under fire in 2008 after remarks came to light from sermons in which he suggested the U.S. government created the HIV virus and used it against minority communities. Obama subsequently condemned Wright's remarks and left his congregation at Trinity United Church of Christ.

Watch the entire speech, as posted online on Monday, below.