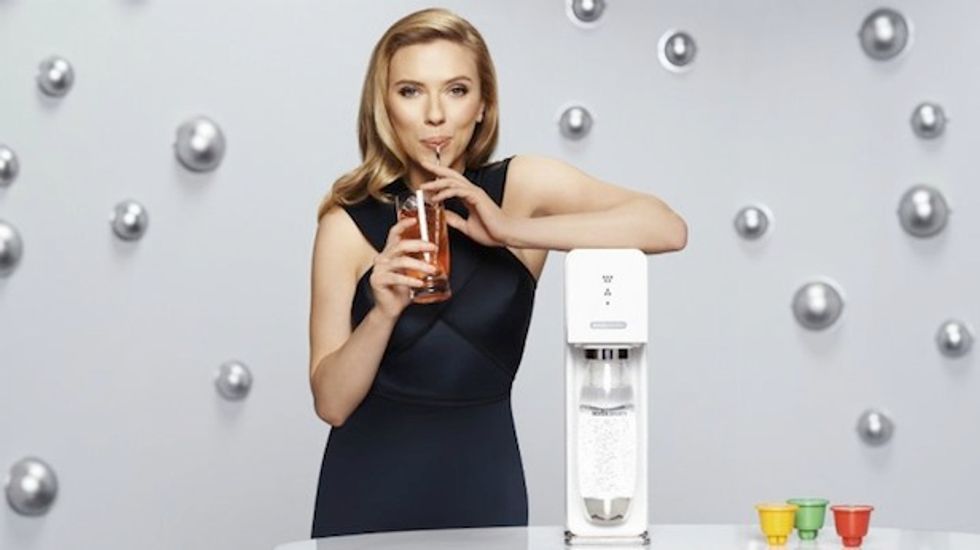 Actress Scarlett Johansson will relinquish her role as global ambassador for Oxfam after the aid group deemed her service "incompatible" with advertisements she did for an Israeli firm that has a factory in the occupied West Bank.

Johansson, 29, appears in an ad for the homemade carbonated drinks product SodaStream that is due to air during the high-profile Super Bowl on Sunday.

"Like most actors, my real job is saving the world," Johansson says in the advertisement, which has already been seen more than 4.5 million times on YouTube.

The Hollywood movie star has worked for Oxfam since 2005 but the British-based aid agency said she had stepped down due to her collaborations with SodaStream.

Sodastream employs both Palestinian and Israeli workers and says its plant offers a model of peaceful cooperation. But the settlements are illegal under international law and have been condemned by Oxfam, which has a large operation in the region.

"Oxfam has accepted Scarlett Johansson's decision to step down after eight years as a global ambassador and we are grateful for her many contributions," the charity said in a statement.

"While Oxfam respects the independence of our ambassadors, Ms Johansson's role promoting the company SodaStream is incompatible with her role as an Oxfam global ambassador," the statement said.

It continued: "Oxfam believes that businesses such as SodaStream, that operate in settlements, further the ongoing poverty and denial of rights of the Palestinian communities that we work to support."

"Oxfam is opposed to all trade from Israeli settlements, which are illegal under international law," it added.

Johansson's spokesman said in a statement to U.S. media that "she and Oxfam have a fundamental difference of opinion in regards to the boycott, divestment and sanctions movement" in the West Bank.