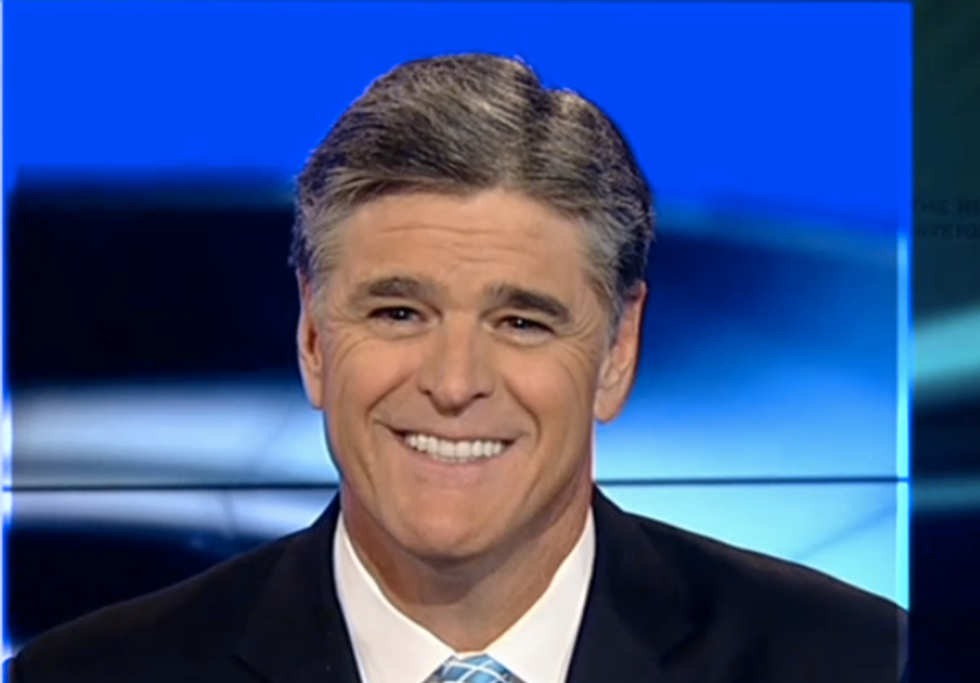 In an appearance on Greta Van Susteren's Fox News show "On the Record" Tuesday, Sean Hannity attempted to walk back his announcement earlier in the day that he was leaving New York for Texas or Florida.

Talking Points Memo reported that Hannity was reacting to comments by Gov. Andrew Cuomo (D) last week in which the governor said that far-right extremist Republicans aren't welcome in the state.

"I think people might have interpreted it that I'm leaving the next day. If I could I probably would, but I like to consider myself a responsible person," Hannity said Tuesday evening. Too many people depend on his show, he said, as their means of making a living.

Instead, he said, he and his wife will continue to live in the "United Socialist State of New York," but just complain about it more, particularly what he feels to be an unfair tax burden imposed by the state.

"It's like I'm facilitating the robbery of the hard-earned money that I'm making, and I'm not gonna do it anymore," he groused. "As soon as I am able, sometime probably when my son graduates from high school, I'm getting out of here as quick as I can."