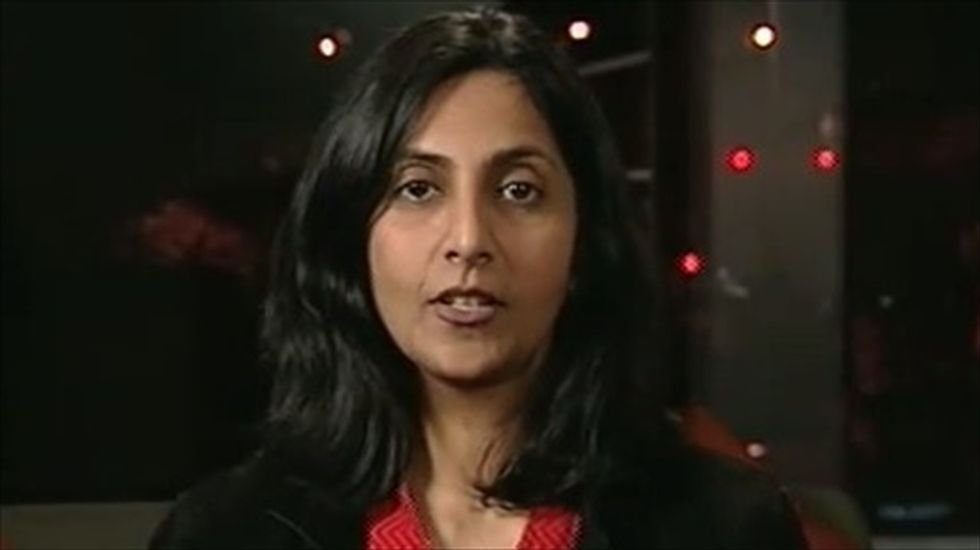 Socialist Seattle City Council member Kshama Sawant ripped not only President Barack Obama's State of the Union speech Tuesday night, but the Democrats and Republicans alongside him as he delivered it.

"We will make progress only on the basis of a fundamental and systematic change," Sawant said in a response on behalf of the Socialist Party. "We need a break from the policies of Wall Street and corporate America. We need a break from capitalism. It has failed the 99 percent. Both parties bow down before the free market and loyally serve the interests of their corporate masters, with the only difference being in matter of degree. The political system is completely dysfunctional, and it's broken."

Sawant, who became the first socialist elected to office in her city in 50 years in November 2013, also criticized Obama's remarks vowing to fight income inequality, saying he was prodded into this stance by the public demonstrations staged by fast-food workers and others supporting increasing the federal minimum wage to $15 an hour.

But, she said, even though it was "outrageous" to see Republican opposition to even increasing federal contractors' minimum wage to $10.10 an hour, that did not constitute a "ticket out of poverty."

"This is really a testament of [Obama's] own presidency -- a presidency which has betrayed the hopes of tens of millions of people who voted for him out of a genuine desire for a fundamental change away from corporate politics and warmongering," said Sawant, who noted that part of her campaign platform was her embrace of the $15 wage.

"While the criminals of Wall Street are bailed out, courageous whistleblowers like Edward Snowden are hunted down, while the unconstitutional acts he exposed are allowed to continue," she said. "Obama is the president that is using smartphone apps -- games like 'Angry Birds' -- to spy against tens of millions of people in a completely blatant violation of basic constitutional rights."

Watch Sawant's remarks, as posted online on Tuesday, below.

Efforts by Pennsylvania U.S. Senate hopeful David McCormick to transform from the CEO of the world's largest hedge fund into a "full MAGA" candidate ran into a brick wall after longtime GOP strategist and Bulwark columnist Tim Miller uncovered an interview from after the Jan. 6 attack on the U.S. Capitol.