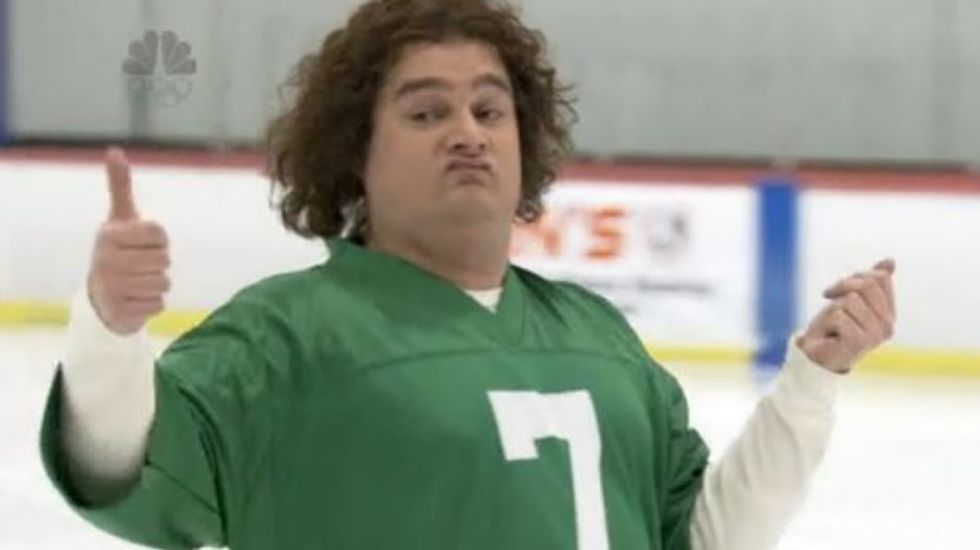 "In case of any last minute problems," the female announcer began, "the U.S. Olympic Committee has decided to put together a 'B-squad' of less talented but undeniably heterosexual figure skaters."

The first contestant was "T.J. Davenport," who wore a Jets jersey with cargo pants and performed "bunny hops" and a "combo" that consisted of him eat cheddar "Combos" chips.

The next heterosexual figure skater was "Malcolm Barnes," a black man from Long Beach, California who had never worn ice skates before. His routine included running into three cones before falling to the ice and calling for his teenage niece to help him up.

The cold open concluded with a heterosexual pairs team, in which an AutoZone employee, "Dino MacMillian," sexually harassed his partner "Shannon" throughout the entire routine.