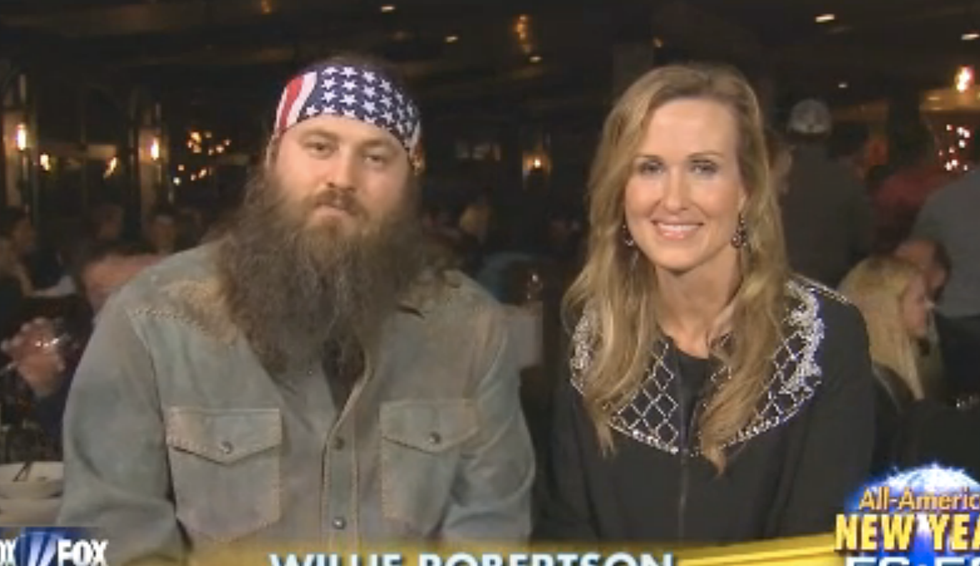 Anyone looking for important revelations came away disappointed by a New Year's Eve interview with "Duck Dynasty" star Willie Robertson and his wife Korie on Fox News.

Fox Anchors Bill Hemmer and Elisabeth Hasselbeck struggled gamely to pull some interesting answers out of the formerly streaked-and-tipped University of Louisiana at Monroe graduate and his wife, but both cast members stuck with bland, A&E-contract-friendly platitudes and exhortations to watch their new season, coming up on A&E.

What are the Robertson family's plans for the new year? They're going to "stick together" and "have fun."

What is your controversial father doing on New Year's Eve? "I don't know, he's probably asleep."

And what are your New Year's resolutions? "Oh, I'm not a resolutions type of guy."

The most interesting thing about the back and forth ended up being the contrast between Hasselbeck and Hemmer's increasingly wild-eyed, manic frozen smiles as they shivered in the icy air of New York City and the Robertsons' dazed, lackluster expressions as they appeared to have no real clue what these cameras were doing in front of them and why they were being interviewed to begin with.

In all, we have to congratulate the foursome on packing more awkwardness into five uncomfortable minutes than Anderson Cooper and Kathy Griffin managed to generate in their whole night on CNN.

Watch the interview, embedded below via Fox News: