'The Days of Anna Madrigal': review 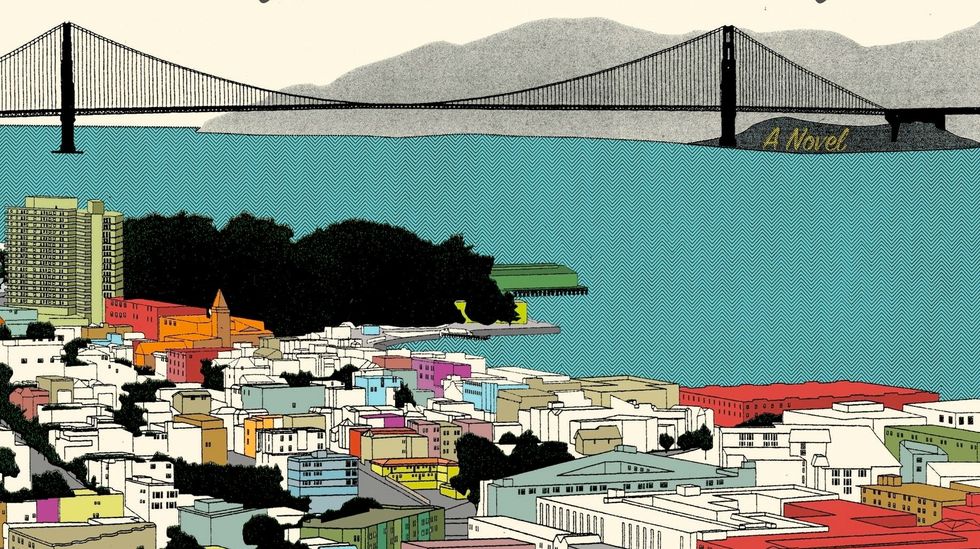 As Armistead Maupin's beloved cast of free spirits convene at the Burning Man festival in the Nevada desert, Laura Miller bids a fond farewell to the Tales of the City series

It's hard to determine which piece of news makes a more devastating javelin to the heart of San Franciscans: that Armistead Maupin has published the final book in his Tales of the City series or that the author, the literary embodiment of San Francisco's grand old hedonistic, bohemian spirit, has moved to Santa Fe. What's more, most of the new novel, The Days of Anna Madrigal, takes place in Nevada at the annual Burning Man festival in the Black Rock Desert and in Winnemucca, the town where the title character, Anna (then Andy), grew up and now the destination of a pilgrimage she makes in her 93rd year.

If you've never read Tales of the City or the seven novels that come between it and The Days of Anna Madrigal, this is not the place to start, and if you have even the slightest hankering for freedom or capacity for joy, do yourself a favour and go and find the first book right now. In the nearly four decades since 1976, when Maupin first began writing his serialised fiction about life in San Francisco for a local newspaper, his long, twisty narrative has encompassed homophobia, Jonestown, Aids, cancer, divorce, Republicanism and many other shocks and disappointments, all without losing its essentially sunny spirit.

Perhaps the most telling detail dropped into The Days of Anna Madrigal is the news that 28 Barbary Lane, the funky boarding house where, in the 1970s, Mrs Madrigal grew pot and played enigmatic but sagacious den mother to the four questing young people at the centre of the series, has been bought by wealthy "dot-commers"; they have "made it look like a five-star B and B". Anna now lives with Jake, a young transgender carer, in a flat near the Castro district. The unofficial "family seat", as one character puts it, has been relocated to the Noe Valley household of Michael "Mouse" Tolliver and his husband, Ben. Anna's unconventional clan consists of a group of people who share very little blood but a whole lot of history. They are what she calls her "logical family".

That's been the overarching theme of all the Tales novels: the way that people with rejecting (or simply absent) relations have formed families of choice in the fog-washed utopian outpost of San Francisco. Maupin's characters go spinning out of each other's orbits periodically, yet somehow always end up drifting back together again. Brian, a one-time singles-bar habitué, phones from his roving Winnebago caravan at the beginning of this novel to tell Anna he is bringing a new wife home to meet her. Brian's adopted bisexual daughter, Shawna, author of a successful novel composed entirely of text messages, has decided she wants a turkey-baster baby, to be conceived at Burning Man. Ambitious Mary Ann Singleton, whose mid-life crisis provided the subject of the previous Tales novel, Mary Ann in Autumn, has "divorced well in the East" and settled in a prosperous Bay Area suburb to take yoga classes and hang out with DeDe and D'or, an inter-racial lesbian couple.

Like all Tales novels, The Days of Anna Madrigal is part tenderly unfurling soap opera, part dispatch from the more sybaritic precincts of the Bay Area's counterculture. Shawna had a blog (Grrrl on the Loose), back when that was a thing, and now she hangs out at Litquake (an underground literary events series) and wears a high-waisted dress "as a friendly nod to Lena Dunham in Girls". Jake, Anna's carer, meets his boyfriend via Buck Angel Dating, a service for trans men. And finally there's Burning Man, that explosion of eccentricity, wild costumes and performance art in the vast alkali flats of Nevada. In the course of the novel, the characters gradually converge there to take drugs, stage pageants, get laid and generally let their freak flags fly.

Much of the appeal of The Days of Anna Madrigal derives from catching up with familiar characters, so a goodly chunk of exposition has to be got out of the way before you start to notice how vividly Maupin writes, with the economy of a good journalist and the instincts of a poet. Burning Man, in particular, with its biblical accompaniment of dust storms, brings out these talents: a car's wipers "carved adobe arches on the windshield", while the festival itself is "block after block of dust-fuzzed tents and shade structures jutting like bat wings into the sky, [while] the night rang with the sound of sledgehammers on rebar". Maupin is here not just to tell you what the wild kids are up to these days, but to make you see and feel and hear it as well.

In counterpoint to these contemporary shenanigans are the sepia-toned chapters recounting Anna's past as a teenage boy in the Blue Moon brothel, owned and operated by her mother. It turns out that Anna Madrigal, that reliable dispenser of startling plot reveals, still has a secret up her sleeve, and getting to the bottom of it will require a return visit to Winnemucca in Brian's caravan. This juxtaposition makes a sweet coda to the series, a reminder of just how far Anna has come in her life, and how much of her own hard-won self-acceptance she has managed to inspire in her many charges.

Yet so little of that old liberation can be sourced in San Francisco nowadays; the dot-commers and finance guys have priced the city out of the range of the people who once generated its best tales. The Days of Anna Madrigal is by necessity a somewhat melancholy book, as Anna charts the "small surrenders" of old age, what she gracefully chooses to regard as "simplification" and "leaving like a lady". Like her creator, she understands the virtue of letting go when the time comes, and one more time the two of them show the rest of us how it's done.

• Laura Miller's The Magician's Book is published by Little, Brown.