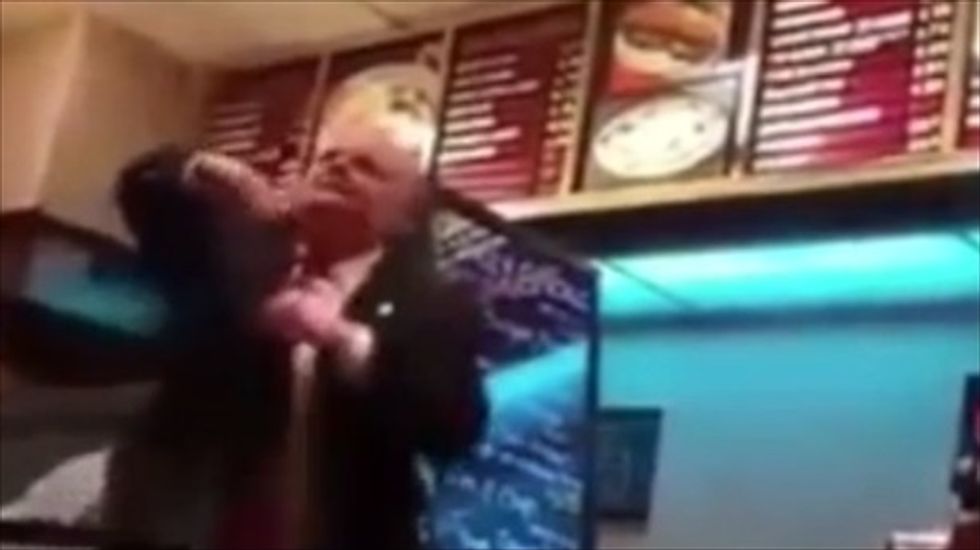 Toronto Mayor Rob Ford admitted that he was drinking again -- "a little bit, yeah" -- after being filmed late Monday night ranting about his city's police chief at a local fast-food restaurant, the CBC reported.

Ford also confirmed the date of the video, placing it about a week after he swore to local reporters that he had given up drinking. The footage shows Ford making reference to what appears to be surveillance ordered by Toronto Police Chief Bill Blair against himself and his driver Alexander Lisi last year, and was reportedly shot by a restaurant employee around 1 a.m.

The mayor also seems to be attempting to speak in a "Jamaican" patois, using the prejorative "bumbaclot" several times. But on Tuesday he brushed off the suggestion that his use of the word was offensive.

"I met some friends," Ford told reporters. "If I speak that way, that's how I speak with some of my friends and no, i don't think it's discriminative at all," he said. "It's my own time."

The Toronto Star reported that Ford refused to say who drove him to the eatery.

Before the mayor admitted he had been drinking, his brother, Councilor Doug Ford, told the Star that he talked to him last night, and that the video could not have been filmed so recently.

"I'll repeat what he said 10 million times," Doug Ford was quoted as saying. "[Since] the beginning of November, he hasn't taken a drink. So, very simple."

Ford became a target of international ridicule last year after admitting to smoking crack, to the point that city councilors voted to strip him of many of his powers.

Watch the footage, as posted online on Tuesday, below.