VIDEO: Alaska GOP Senate candidate sings in tongues in a sauna to 'save' woman 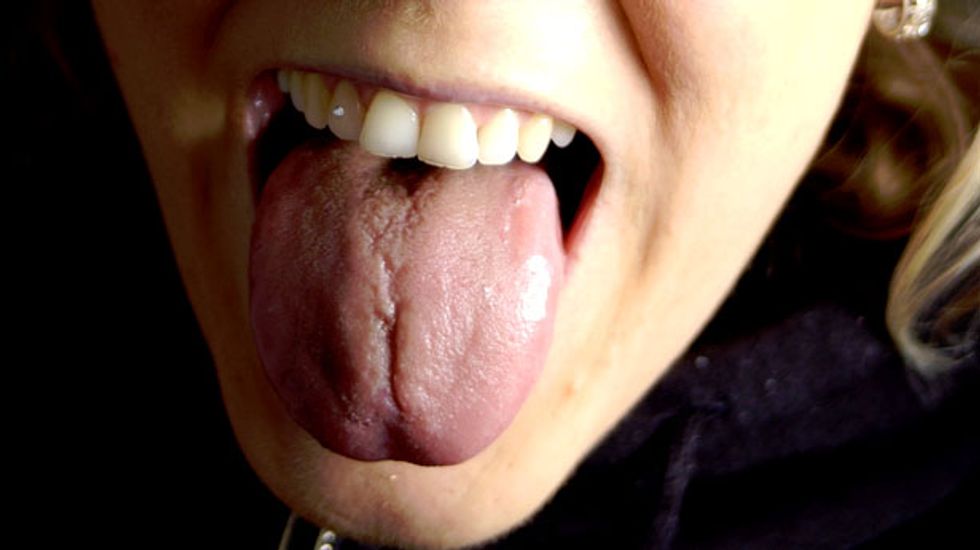 A woman who hopes to be Alaska's next U.S. senator recently uploaded video of herself speaking in tongues while fully clothed in a steam room.

"I'm at the Alaska Club West and I'm spending a little time in the steam room with Suzie," Republican candidate Kathleen Tonn said in the video, which was uploaded to YouTube on January 18. "Suzie doesn't know Jesus Christ as her savior, but ironically she has a pastor/priest who is her neighbor. So, she has allowed me to sing and deliver a message in the Holy Ghost and tongues."

"One point of clarification: Speaking in tongues or singing in tongues is very valuable because the message cannot be understood by Satan," she continued. "But the Holy Spirit can use that message to bring deliverance, to bring clarity, to give discernment and words of wisdom and knowledge, and tongues is interpreted by a person who has the gift of interpretation. So I'm going to go fast. "

She then prayed and spent the next few minutes singing in tongues. After she finished, the woman identified as "Suzie" agreed to say hello to the camera.

"That was beautiful," Suzie remarked.

Tonn does not appear to have a campaign website. According to her Google Plus account, she is running against incumbent Democrat Mark Begich and lives in Anchorage.

She describes herself as a socially and fiscally conservative Republican who hates socialism, loves the Bible, and also aspires to be President of the United States.

Tonn has apparently received some negative feedback because of the video. She addressed her critics Tuesday in a post on her Google Plus account.

"I have not deleted the stupid and insane remarks made by others, so people can see what comes forth from the mind of evil," she wrote. "Fortunately there are legitimate, wise, Godly people who have viewed the content of this video clip. They contacted me too! For those individuals who are searching to learn truth about a Creator, this has helped them.  So I won't delete your dumb comments.  They are very revealing of who and what you are!"

The video was first noted by Alaskan blogger Amanda Coyne.