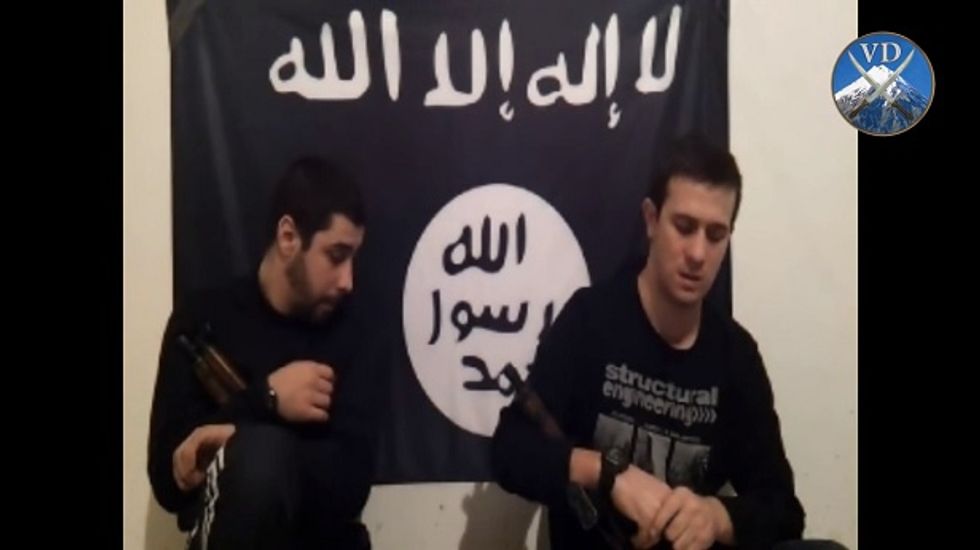 A 45-minute video emerged Saturday, claiming responsibility for deadly suicide bombings in Volgograd a few weeks ago and threatening the Sochi Olympics in Russia with a "present" if the games proceed.

The YouTube video posted on the Russian-language VDagestan.com -- a site popular with Islamic militants fighting Russian forces in the Caucasus -- claims responsibility for the suicide bombings at a Volgograd train station on December 29, in which 18 people died and at least 44 were injured, and for a bus bombing the next day which killed 16 people and injured 41. Along with showing video footage of the bombings themselves, two militants -- Suleiman and Abdul Rahman -- are shown giving speeches and preparing explosives and detonators.

The video by the "Subversive Group of Ansar al-Sunnah" followed a communique posted earlier on a Russian language forum, in which the leader, "Umar," claimed credit for the bombings. "Each region, each city, street, neighborhood - we will fill your homes with blood!" Umar said, according to a translation by SITE Intelligence Group. "You started this war back in Chechnya during the 90's and then Putin promised you victory, but what has he done? By the grace of Allah, this war became the cause for the spread of jihad throughout the Caucasus. And now we will spread it over the entire Russian territory!"

Volgograd is in Russia proper but relatively close to territory that Islamic fighters hope to establish as a separate country, the Islamic Emirate of the Caucasus. Sochi, site of the Winter Olympic Games in three weeks, is about 615 miles southwest of Volgograd, and very close to the border of the country of Georgia, deep in the Caucasus region of Russia.

The group released the video and communique only moments after Russian President Vladimir Putin assured the public that the security measures in place in Sochi would be efficient and effective. U.S. officials have expressed skepticism about security at the games, with Rep. Mike Rogers, chairman of the House Intelligence Committee, saying that "We don't seem to be getting all of the information we need to protect our athletes in the games."

Watch a report on the emerging threat to the games below.