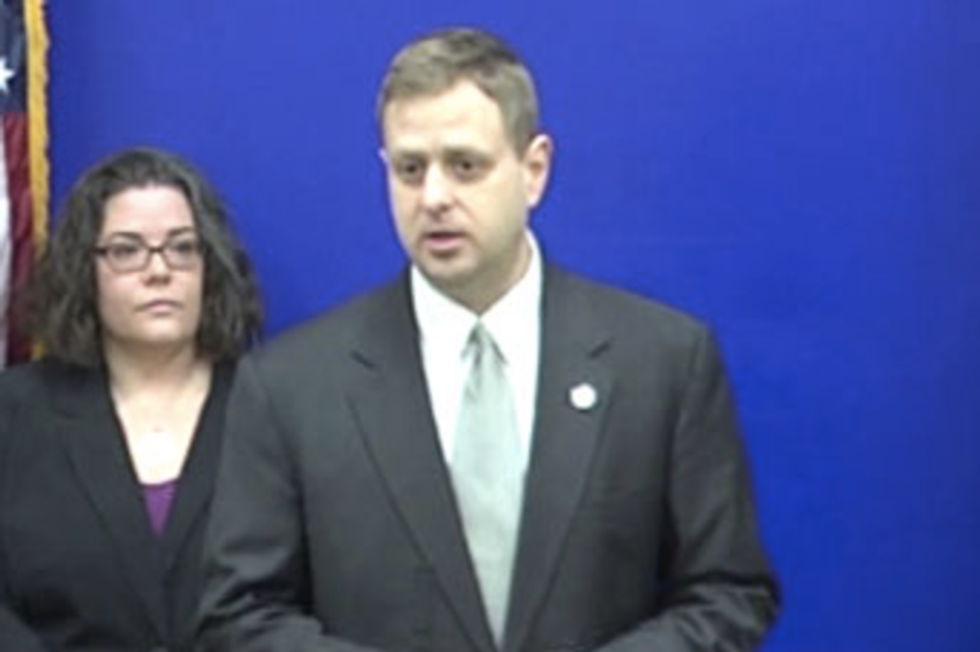 A Virginia state lawmaker is attempting make it illegal in that state to practice so-called "reparative therapy" on minors. According to the Washington Post, Rep. Patrick Hope (D-Arlington) proposed a bill that would make the controversial therapy -- which purports to eliminate feelings of same-sex attraction -- a crime when practiced on people under the age of 18.

Reparative therapy has been banned for people under 18 in California and New Jersey as child abuse. Christian conservative groups have protested that the ban infringes on their right of free speech, but they have been unable, so far, to establish that in court.

The American Psychiatric Association long ago removed same-sex attraction from its list of disorders and has declared that not only is conversion therapy ineffective, it is actively harmful. People exposed to the therapy have reported negative effects for years afterward, including depression, anxiety, self-destructive behavior and a heightened risk of suicide.

The American Academy of Pediatrics said in 1993 that “therapy directed specifically at changing sexual orientation" in children is not recommended. Doctors said that it can “provoke guilt and anxiety while having little or no potential for achieving changes in orientation.”

Conservatives say that even though the practice will still be legal for adults, the new law would thwart the ability of religions to exert their influence over whole families.

“It’s astonishing that the party that claims to defend choice and free speech [is] bent on limiting both for counselors, parents and kids struggling with their sexuality,” said Family Foundation President Victoria Cobb in a statement.

Cobb said the new law would discriminate “against people that leave the homosexual lifestyle” and that it is “insulting to thousands of people who have made this change.”

April Prentiss, an out lesbian who struggled for years to rid herself of her natural attraction to women, said that reparative therapy left her scarred, miserable and full of self-loathing.

“It has taken me over a decade to work through the damage done by those years,” she said at a press conference on Monday.