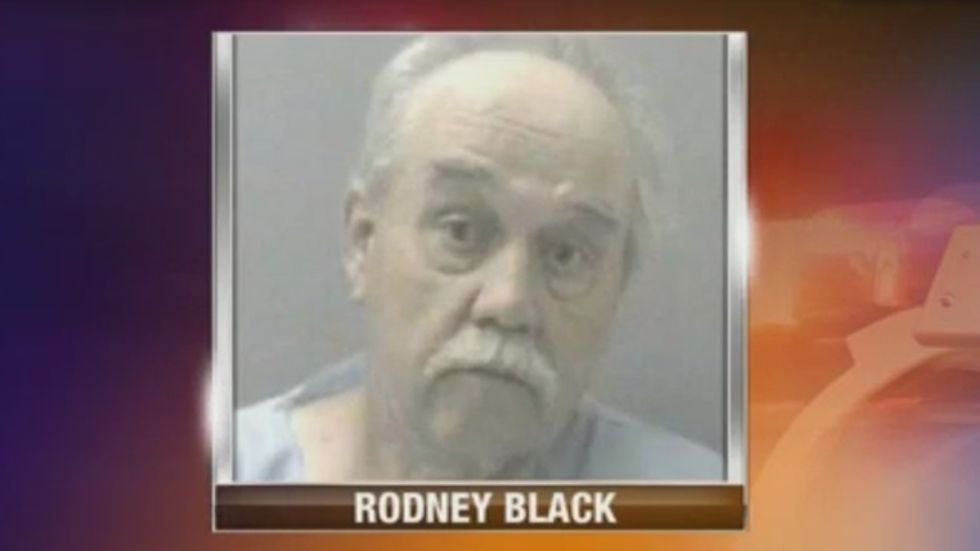 A West Virginia man who deputies say had a large number of weapons shot and killed two men over the weekend and then wrongly told police that they were trespassing on his property.

According to The Herald-Dispatch, 62-year-old Rodney Bruce Black called 911 on Saturday to say that he had shot brothers Garrick Hopkins, 60, from the Milton area, and Carl Hopkins Jr., 61, because they were breaking into a shed on his property.

However, the Cabell County Sheriff's Department determined that the shed had recently been purchased by Garrick Hopkins.

"Garrick Hopkins took his brother to his newly purchased lot to show him the property where he and his family were to build a new residence in the coming weeks," the sheriff's department said in a statement. "The outbuilding in question was on the Hopkins property and contained no belongings of the suspect Rodney Black."

WCHS reported that Black pulled the trigger without giving any warning.

Deputies said that Black admitted to the shootings and he was charged with two counts of first-degree murder. He was being held in the Western Regional Jail on Monday.

A large cache of weapons and ammunition was also seized from the suspect's home by deputies.

Neighbor Regina Lafferty told WCHS that her children had just walked across the property earlier that day.

"It wasn't even his building,” Lafferty said. “If you have a concern, you call 911 first. You don’t shoot, then call."