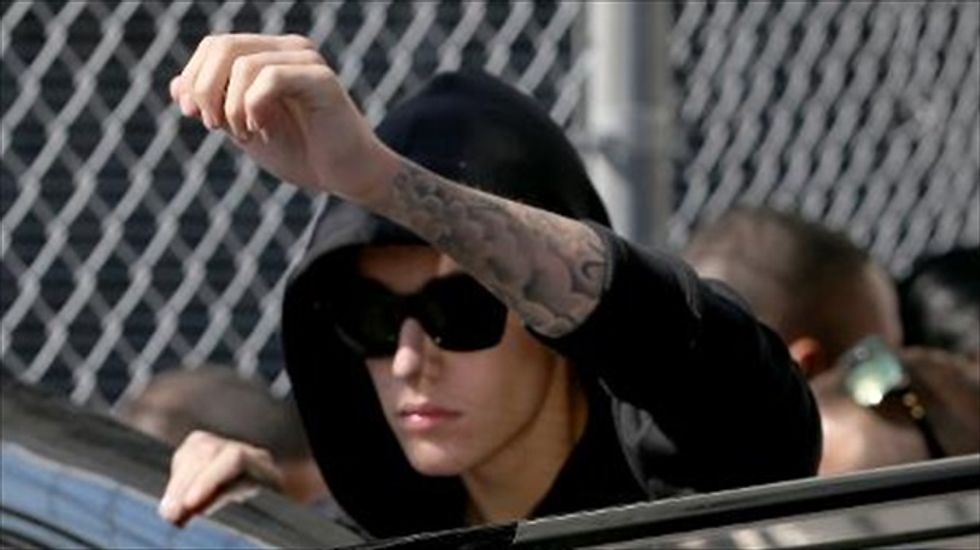 As if Barack Obama didn't have enough problems to deal with already, his administration now is being asked to weigh in on the grave matter of Justin Bieber.

By mid-day Wednesday (1700 GMT), a petition on the White House website calling for the deportation of the Canadian-born teen idol had garnered 103,000 names -- easily surpassing the threshold of 100,000 signatures required for presidential consideration.

"We the people of the United States feel that we are being wrongly represented in the world of pop culture," says the petition, created by one "J.A." in Detroit last Thursday, the day Bieber was busted in Miami Beach for impaired driving and illegal drag racing in a flashy Italian sports car.

"We would like to see the dangerous, reckless, destructive, and drug abusing, Justin Bieber deported and his green card revoked. He is not only threatening the safety of our people but he is also a terrible influence on our nation's youth. We the people would like to remove Justin Bieber from our society."

There was no immediate comment from the White House, whose website hosts citizens' petitions on other, more heady issues such as the legalization of marijuana and a pardon for National Security Agency whistleblower Edward Snowden.

Nor was there comment from Bieber himself, who according to gossip websites was back in Los Angeles on Wednesday after a weekend beach break in Panama.

Bieber, 19, is understood to be living and working in the United States under a renewable O-1 visa for entertainers, rather than a "green card" that represents permanent resident status.

Now out on bail, Bieber is due back in Miami for a court appearance on Valentine's Day, even as police in Los Angeles pursue their investigation into an earlier incident in which Bieber allegedly hurled eggs at a neighbor's house.