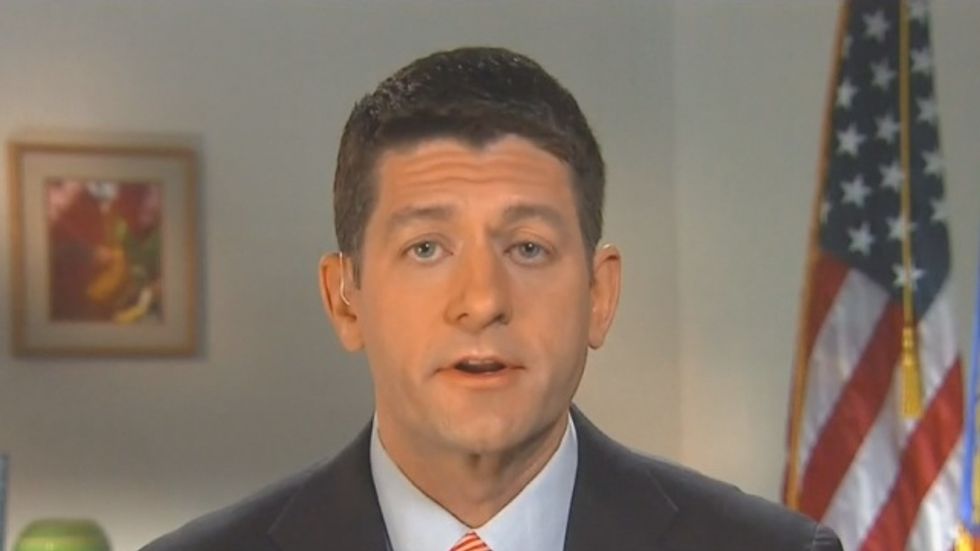 Rep. Paul Ryan (R-WI) on Sunday suggested that Pope Francis had been touting the same "free market" principles opposing the "welfare state" that the Republican Party has been pushing for years.

Late last year, Ryan, who is Catholic, was asked how the pope's criticism of capitalism squared with the Republican Party's message. Paul had argued that the pope didn't really understand the U.S. economy because the "guy is from Argentina, they haven't had real capitalism in Argentina."

During an interview on Sunday, ABC host George Stephanopolous asked the Wisconsin Republican if he had been "a little too flip" in criticizing the pope.

He added that the pope was inviting Catholics to propose solutions for dealing with the poor, "stop isolating the poor."

"And if you look at his comments very closely, he always talks about the welfare mentality," Ryan added. "He always talks about the welfare mentality and how we have to avoid creating a welfare state. Bring the poor in and create upward mobility and free enterprise that gives opportunity to everybody, no matter who they are and where they are in life in America. That's what we're for."

"You don't think he'd endorse your budget, do you?" Stephanopoulos pressed.

"Of course not, he's a pope!" Ryan replied. "Popes don't endorse budgets. Popes say let's have a conversation about how to fix the broken status quo, how to bring the poor in, how to not have a welfare state, and how to produce upward mobility. Popes don't endorse actual legislative changes or budgets like that."